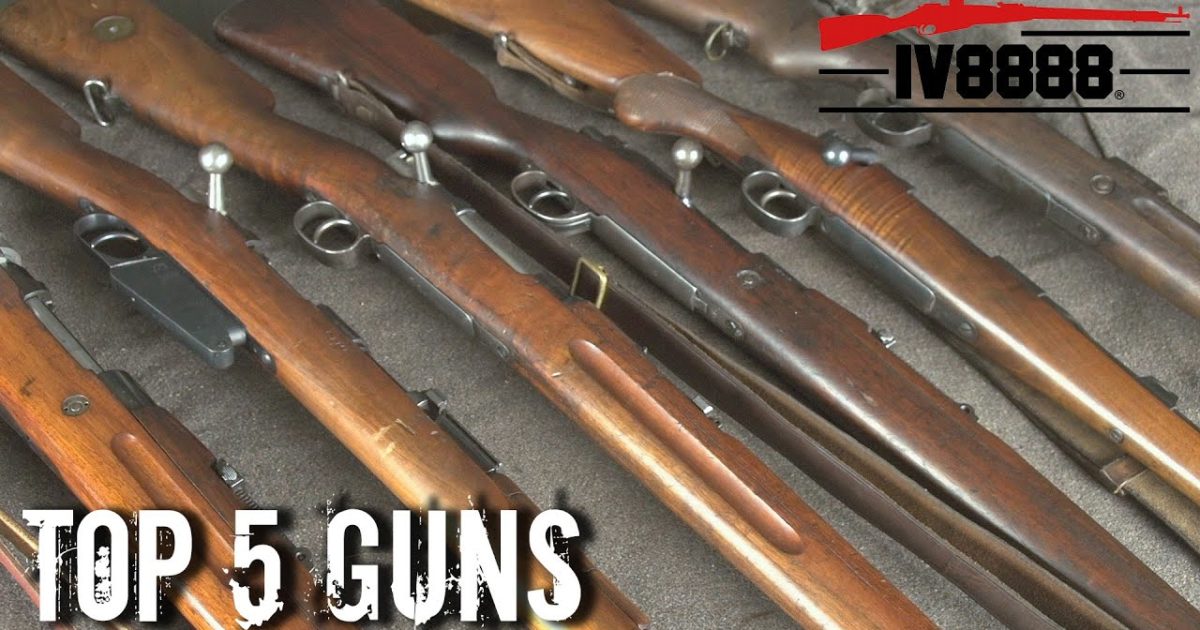 The Mauser rifle definitely deserves it’s place in history as one of the best rifles in not only the 19th century, but also the 20th century and to this very day in the world. The Mauser bolt action rifle was (and is) the gold standard of all bolt action rifles today. In this modern world of semi-auto rifles, the Mauser still holds it’s own as a dependable and accurate firearm that will never let you down when you need it the most.

Mauser was a German arms manufacturer of a line of bolt-action rifles and pistols from the 1870s to 1995. Mauser designs were built for the German armed forces. Since the late 19th and early 20th centuries, military Mauser designs were also exported and licensed to a number of countries, as well as being a popular civilian firearm.

Peter Paul Mauser, often referred to as Paul Mauser, was born on June 27, 1838, in Oberndorf am Neckar, in Württemberg.
His brother Wilhelm was four years older. Their father, Franz Andreas Mauser, was a gunsmith at the Württemberg Royal Armory, established by King Frederick I on July 31, 1811. The factory was built in an Augustine cloister, chosen because it was very stoutly built and ideal for arms production.

Together with his brother Paul Mauser (1838 – 1914) Wilhelm Mauser designed the Mauser Model 1871 rifle, the first of a successful line of Mauser rifles and pistols. The rifle was adopted as the Gewehr 71 or Infanterie-Gewehr 71 and was the first metal cartridge weapon of the German Empire.

Following the death of his brother Wilhelm, January 13 1882, Paul Mauser takes over sole leadership of the expanding company

Amongst other fire arms the Mauser company also developed the Gewehr 98 and Karabiner 98k rifle series. The Gewehr 98 itself was the latest in a line of Mauser rifles that were introduced in the 1890s.

Several variations of the Mauser have been made over the last 120 years and you will see them in the video below. If you want my advice, if you come upon any of the Mauser variants listed in the video, buy one if you can, it’s a gun purchase that you will never regret and it would be a treasure that you can pass on to your children and their children.