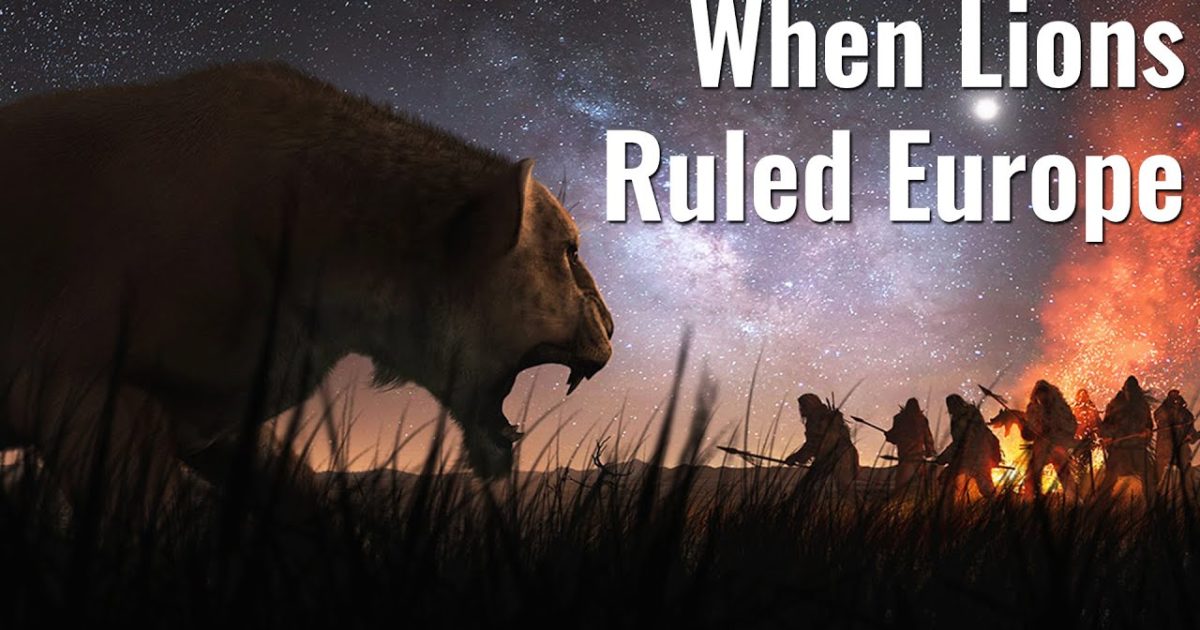 When we think of lions, all kinds of images of them come to mind, lions on the African savannah, lions in the zoos around the country, heck, even in Disney movies like “The Lion King” . One thing is certain, when lions are seen in movies, television shows, or seen in videos on YouTube…they all come from Africa, I think (at least on that subject) we can all agree on that.

But what if I told you that there was a time in earth’s past, that lions were almost everywhere on earth…even here on the American continent. The American lion, also known as the “North American lion”, or “American cave lion”, is an extinct pantherine cat that lived in North America during the Pleistocene epoch and the early Holocene epoch, about 340,000 to 11,000 years ago. Its fossils have been excavated from Alaska to Mexico.

The paragraphs below come from thoughtco.com:

“Panthera leo, the modern lion, included a bewildering array of subspecies in early historical times. At least three of these—Panthera leo europaea, Panthera leo tartarica and Panthera leo fossilis—are referred to collectively as the European Lion; these big cats inhabited a broad swath of western, central and eastern Europe, ranging from the Iberian peninsula to as far east as Greece and the Caucasus. The European Lion probably descended from the same common ancestor as the Asiatic Lion, Panthera leo persica, the still-extant remnants of which can still be found in modern India.

Tantalizingly, the European Lion is referenced numerous times in classical literature; the Persian king Xerxes reportedly encountered some specimens when he invaded Macedonia in the 5th century B.C.E, and this big cat was almost certainly used by the Romans in gladiatorial combat or to dispose of unfortunate Christians in the first and second centuries A.D. Like other Panthera leo subspecies, the European Lion was hunted to extinction by humans, either for sport or to protect villages and farmland, and disappeared off the face of the earth about 1,000 years ago. The European Lion should not be confused with the Cave Lion, Panthera leo spelaea, which survived in Europe and Asia up to the cusp of the last Ice Age.”

This map shows where Lions once used to live and roam. Sadly, due to man (over hunting) and the changing of the earth’s climate, lions are no longer seen all over the earth as they once were. It is our responsibility to make sure that these magnificent animals that are left are allowed to flourish.