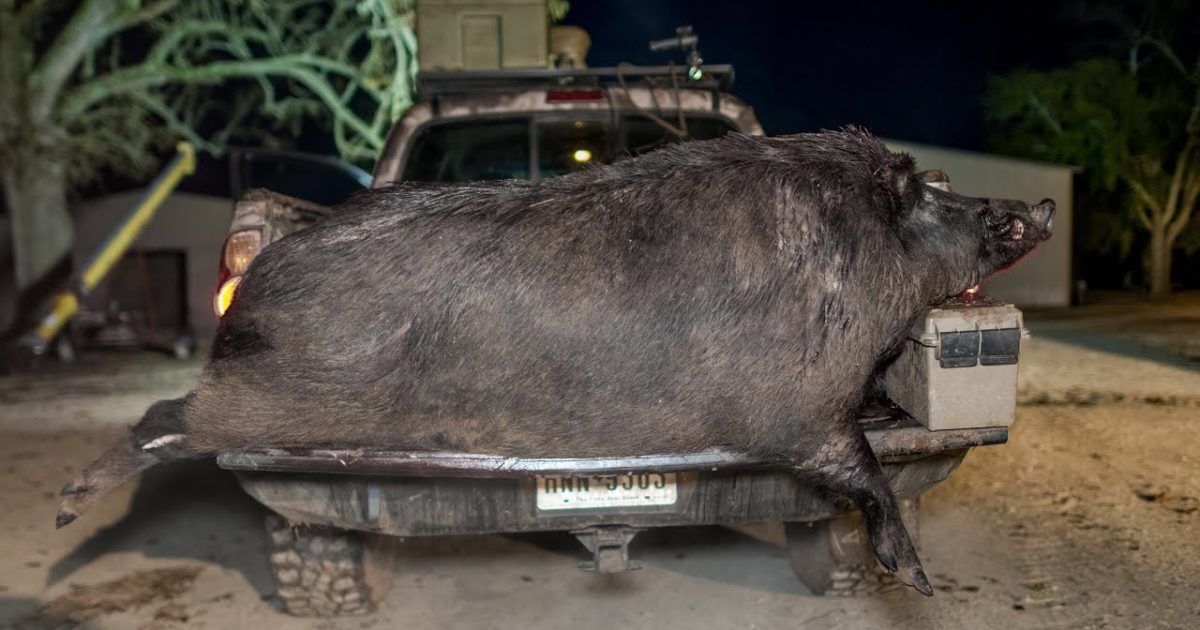 In the last few decades in the United States we are seeing an unprecedented rise in invasive species, and one of the reasons for this is very simple, people are releasing animals that aren’t “native” into the environment, in some cases, these animals have no natural predators and can easily flourish without any restraint.

In the state of Texas, feral hogs are fast becoming a major problem. Feral hogs are a non-native and invasive species in Texas. Each year hogs cause millions of dollars in damage in the form of damaged crops, contaminated water supplies, broken equipment, transmission of diseases and injury to livestock. Feral hogs compete with native wildlife for resources and also prey directly on the eggs and young of ground nesting birds and will actively hunt small mammals, frogs, lizards and snakes.

Due to their intelligence, adaptability, and prolific breeding habits, traditional methods of hunting and trapping have been largely ineffective in reducing the feral hog population. The introduction of night vision and thermal optics has greatly increased landowners’ ability to mitigate the destruction caused by feral hogs.

Feral swine are not considered “game animals”, like deer in Texas and may be hunted by any means or methods at any time of year. In Texas, feral hogs may be killed by landowners or their agents on their property without a hunting license if the feral hogs are depredatory (causing damage) to land, livestock, and/or livelihood.

A hunting license is required when  for trophy and/or food. It is estimated that there are more than 5 million wild hogs in the United States. Texas is home to more 1.5 million of them and they can be found in 99% of its 254 counties. Damages to agriculture across Texas as a result of feral swine problems can add up quickly in areas where the unwanted animals are multiplying at alarming rates.