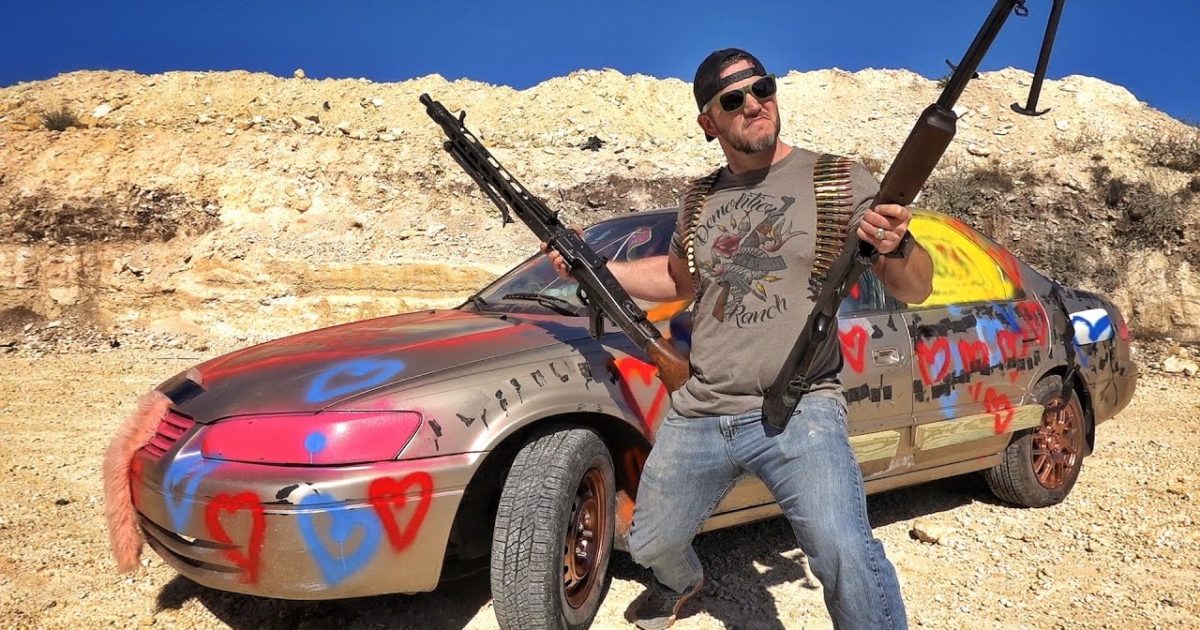 Today, in the video below we visit our pal Matt Carriker of Demolition Ranch and boy-oh-boy, does he have a treat for us!! Matt broke-out some vintage machineguns from WWII and has thrown a Toyota Camry into the mix, to see just how long it will take to blow it up.

Matt is using several different machineguns for this experiment and I will place them in the order of fire, with a brief description of each weapon.

MP40: The MP 40 is a submachine gun chambered for the 9×19mm Parabellum cartridge. It was developed in Nazi Germany and used extensively by the Axis powers during World War II.

MG42: The MG 42 is a 7.92×57mm Mauser general-purpose machine gun designed in Nazi Germany and used extensively by the Wehrmacht and the Waffen-SS during the second half of World War II.

M2 (Ma Duce): The M2 machine gun or Browning .50 caliber machine gun is a heavy machine gun designed toward the end of World War I by John Browning. Its design is similar to Browning’s earlier M1919 Browning machine gun, which was chambered for the .30-06 cartridge.

One has to wonder where Matt gets his ideas from, because almost every single one of his videos are not only informative, but they’re entertaining and funny as all get-out, that’s why I use them here at Great American Outdoors and the video below was posted to YouTube on January 29th. So, kick-back, grab some snacks and enjoy the show, you will not be disappointed…I promise !!