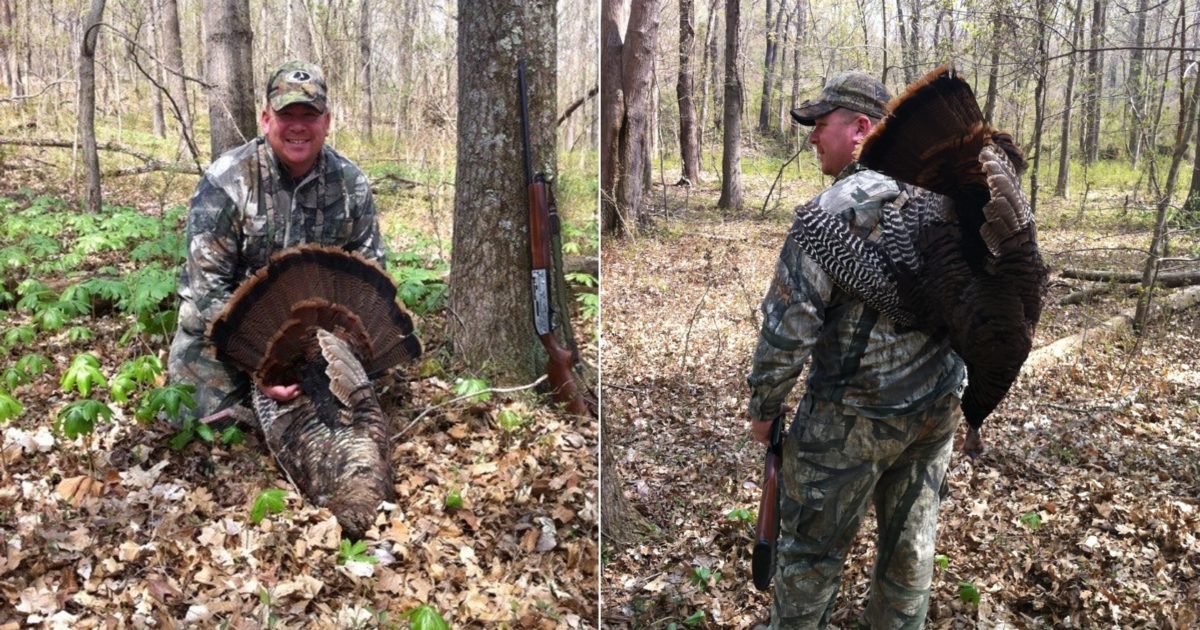 Hunting and fishing are my two biggest outdoor passions, followed closely by horseback trail riding and camping. I love these adventures and like to take lots of pictures for myself and to share with others. Over the years I have seen thousands of similar pics others have taken, some good, some not so good. Pictures of harvested animals is something I’ve always paid particular attention to because of how it portrays our outdoor communities. As I’ve mentioned in previous articles, I believe its our responsibility to display our harvests respectfully and properly.

I am not alone in this thinking as I learned when I went through the German hunting course in 2010. Blood is not to be shown in any pictures at all. Wounds are either cropped out of the pictures, the animal positioned to not show it or covered up with vegetation. Wipe all blood from the mouth, nose, and face if possible and/or cover with vegetation such as “the last bite.”

This tradition dates back centuries where a small branch from a hardwood tree is broken, not cut, and dipped in the animal’s blood. Afterwards its split in half and placed in the mouth of the non-carnivore animal, the other given to the hunter. This is done by a designated senior member of the hunting party to each successful hunter. The hunter then places it in the band of his/her hat to show possession. The animal is placed on its right side so that its soul may ascend to heaven for this ceremony.

For many generations, native Americans have sprinkled pinches of tobacco on the body of the animal. They believe it is a sign of respect and when smoked connects them to the spirit world. In some places in North America new hunters that successfully harvest their first animal go through a “blooding” ritual. The blood of the animal is streaked down the hunter’s nose by hand to honor the animal’s sense of smell. Then another across the forehead to honor the animal’s sight and hunter’s accomplishment in a crucifix.

Even after the meat is gone, the rest you keep such as hides, skulls, and mounts should also be respected. That means do not do things like hang cigarettes from the mouth, decorate with Christmas lights, sunglasses, or hats. Do not sit on an animal either or stand with a foot on it. Those are all signs of disrespect towards a creature whose life you took and made part of your own.

When photographing your harvest, try to take your pictures in the field in its natural environment. For daylight pictures pay attention to the direction of the sun so as not to backlight the hunter and animal. Take many different pictures from different angles to have a variety to choose from later. Also watch for shadows cast across your subject from trees, brush, other people etc.. With evening/night pictures, watch for shadows caused by the brim of a hat or other object from the flash.

The best pictures seem to be taken from ground level with the animal, giving it a more appealing appearance. If the animal’s natural environment is not available for whatever reason, try to use a non-domestic background. I have never liked seeing animals in the bed of a pickup truck or hanging from a meat pole. The only time I’ve ever thought it was warranted was showing the weight of an animal like a feral hog. Unnatural poses with the animal’s neck stretched out or with the open body cavity showing are not becoming.

Take your pictures quickly, especially in warm weather, so that you can then process and chill your harvest quickly. The meat is precious, and it is your duty to take care of properly for later consumption. Do not drive around town with the animal in the back of your truck showing it off. Remember not everyone wants to see a dead animal going down the street and that is why you take pictures. Share your photos later.

In my opinion the ULTIMATE respect you can show your harvest is in how quickly you kill it. The least amount of suffering or pain is ideal when taking its life and is our responsibility entirely. If you genuinely love these wild animals as I do, you will want this as well. Respect the hunt, respect the game.