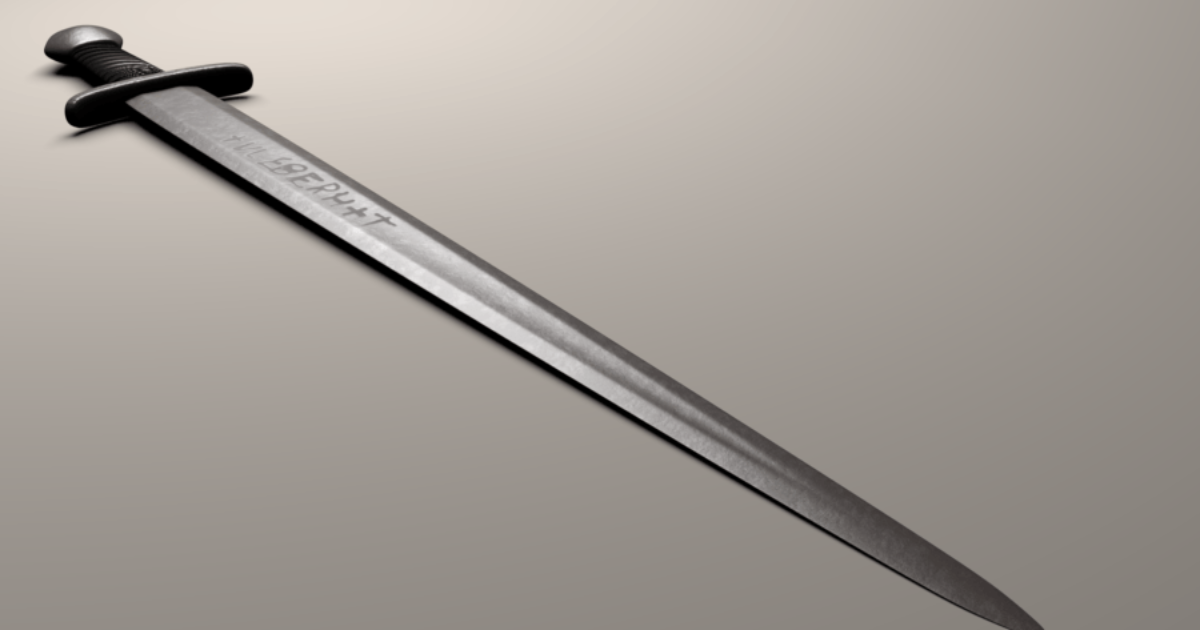 When we think of swords, many different images come to mind and throughout history there were many different types of swords made in many different countries. Depending on who you talk to about them, you will get many different opinions on which type of sword was the absolute best, but when the subject of Viking era swords comes up, almost everyone can agree, that the Ulfberht  stands alone as a legend. Considering that only 170 of these swords have been found, stands as a testament to their legendary status.

Of the 170 Ulfberht swords that have been found in Europe, most numerously in Northern Europe, most of them, 44 swords, are known from Norway and second most, 31 swords are from Finland. Swords were gifts and offerings, it was most often people of high status who were buried with swords in the Viking Age. Not all Viking warriors had a sword; they were prestige weapons. Swords were highly valued objects and could be handed down from generation to generation. Etymologically the name Ulfberht comes from ‘Ulf’ meaning ‘Wolf’ and ‘Berht’, which is the same suffix as ‘Bert’ in the Germanic names Gilbert, Norbert, Herbert, Robert etc. and means ‘Bright’.

According to archeo-metallurgist Alan Williams‘ research, Ulfberht swords with the “+T” inscription were made from crucible steel, a pure kind of steel not known in Europe during the Viking Age. A modern-day swordsmith reverse engineers the ultimate weapon of the Middle Ages — a sword both prized and feared. Since the Ulfberht was incredibly expensive to make, not many could afford to have one and the ones that have been found, were buried with persons of very high status (kings and chieftains).

However, at the time the Ulfberht swords were being forged, similar weapons were also being produced in the Middle East. The latter were made of so-called “Damascus steel”, which comes from a raw material known as Wootz steel, and originates in Asia. Steel swords were made by mixing iron and carbon to produce steel. Add too much carbon and the sword becomes brittle and breaks. Add too little, and it will just bend. The Ulfberht swords used the perfect amount to produce blades that were sharper and more durable than anyone else’s, which made the Ulfberht a legend in it’s own time.

In the video below, sword-makers will attempt to re-create this legendary sword and even though the video is 19 minutes long, it is worth your time to watch it in it’s entirety.