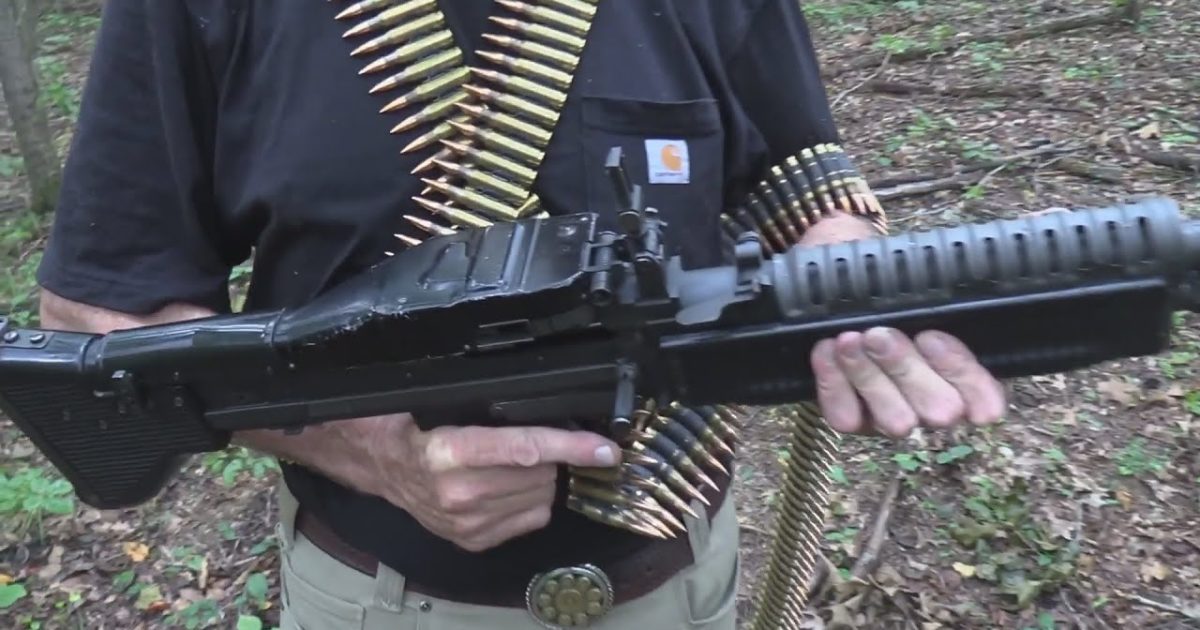 Speaking from the standpoint of a U.S. Army soldier, when I was in the field… nothing gave me more comfort than being with my “Pig”. No, I’m not talking about some farm animal, I’m talking about my M60 machinegun.

While serving with the 1st Cavalry Division, I had several weapons assigned to me, but my absolute favorite was the M60, it just gave me a warm fuzzy feeling to know that whatever I came up against, my “pig” would be able to handle the situation. During the Vietnam War, the M60 received the nickname “The Pig” due to its bulky size and appetite for ammunition, but don’t let that fool you, most crews swore by this weapon.

The M60 with integral folding bipod legs weighted 8 pounds less than the BAR (Browning Automatic Rifle) and could be field stripped and reassembled in roughly half the time. It also offered the benefits of 100-round metallic-link belts of 7.62mm ammunition, which could be linked together to defend a fixed position.

An M60 gunner in a defensive position had the option of using an M91 tripod, but a strong enough gunner could fire it from the shoulder, underarm, or from the hip with relative ease, while it did look pretty cool in the movies, this wasn’t really recommended.

After extensive operational and technical tests, the US Army has selected and type classified the M240B 7.62mm medium machine gun produced by Fabrique Nationale as a replacement for the M60 Series machine gun.