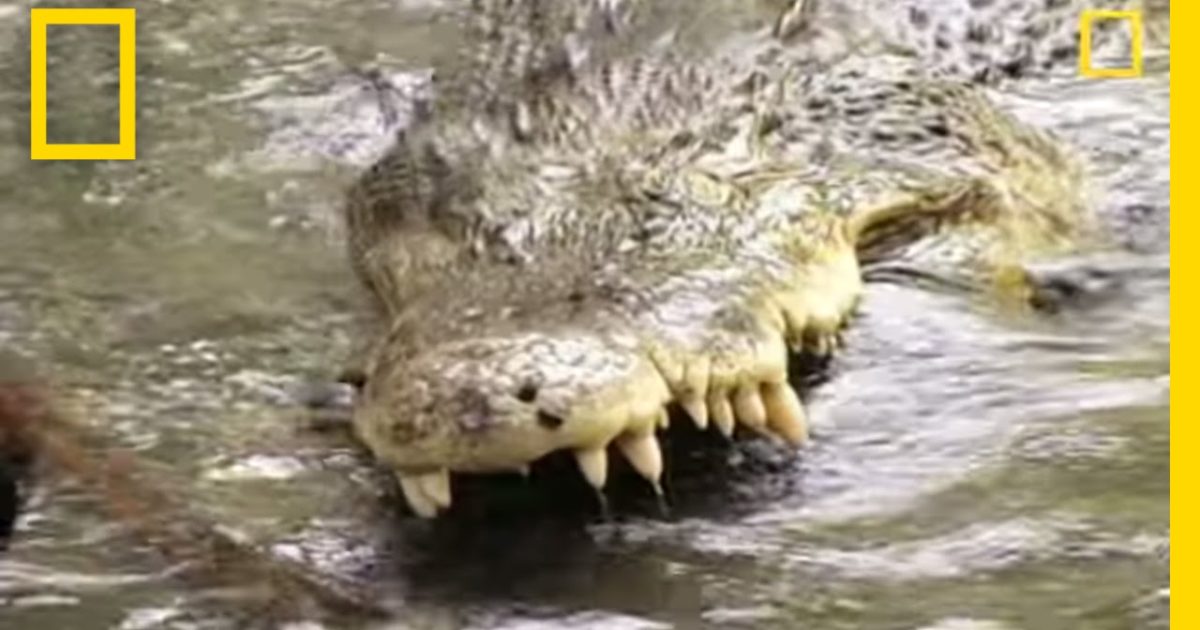 When we think of King Cobra’s and Saltwater Crocodiles, we normally don’t imagine them getting into any kind of conflict with each other. The obvious size of the ‘Salty’ makes it a modern day dinosaur and even though the King Cobra is the longest venomous snake in the world, any kind of fight between them would end as one would expect. The ‘Salty’ is heavily armored and it is doubtful that the fangs of a fully-grown King Cobra would be able to penetrate the croc’s thick skin.

But, we’re not talking about fully-grown reptiles here, we’re talking about babies, and since their size right after they hatch is a little similar, it does almost make for a pretty even contest. Newly hatched saltwater crocodiles measure about 11 inches long and weigh an average of 2 1⁄2 ounces and the King Cobra hatchling at birth, is around 14 inches in length and 1/2 inch wide and it weighs about  1.34 ounces. It’s glossy black with bright yellow bands, and its venom is as potent as an adult’s. While their size may be similar, it’s doubtful that a Cobra hatchling could eat a Salty hatchling.

About the Saltwater Crocodile according to National Geographic:

Earth’s largest living crocodilian—and, some say, the animal most likely to eat a human—is the saltwater or estuarine crocodile. Average-size males reach 17 feet and 1,000 pounds, but specimens 23 feet long and weighing 2,200 pounds are not uncommon.

About the King Cobra according to National Geographic:

The king cobra—one of the most venomous snakes on the planet—can literally “stand up” and look a full-grown person in the eye. … King cobras can reach 18 feet in length, making them the longest of all venomous snakes.

Now that you are up to speed on these reptiles, enjoy the video and if you don’t mind, tell us in the comment section who your favorite is.