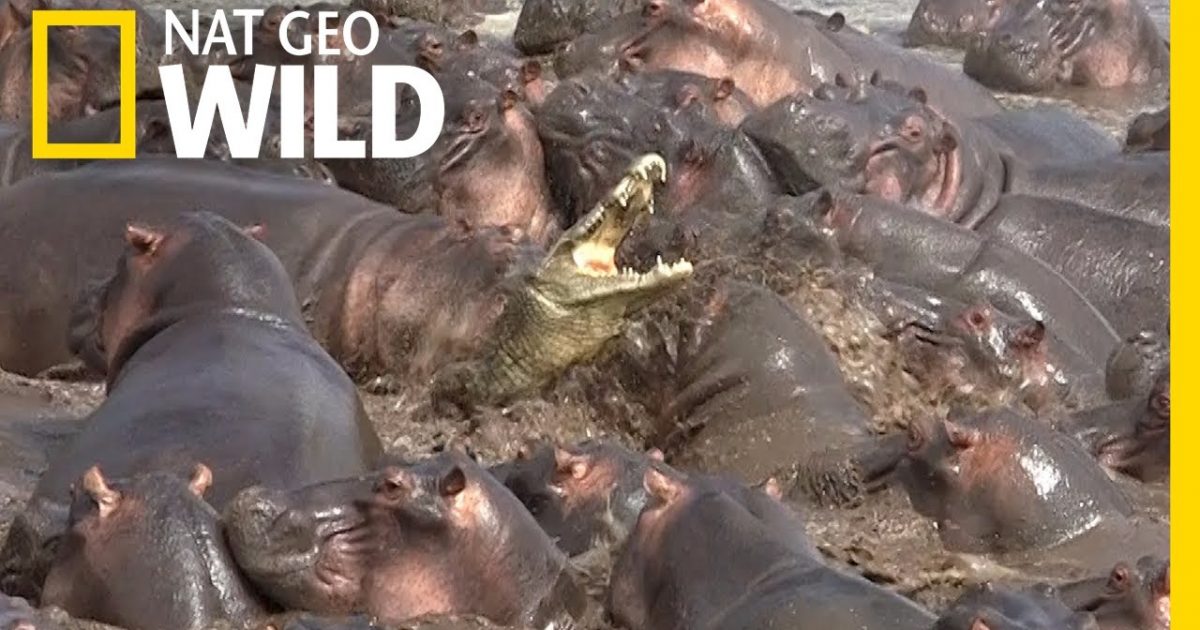 The Hippopotamus is by nature, a very territorial animal and has little tolerance for any other animals (man included) when their territory is intruded upon. Ungainly as it is, the hippopotamus is the world’s deadliest large land mammal, killing an estimated 500 people per year in Africa. Hippos are aggressive creatures, and they have very sharp teeth. The Hippo is a very large animal, you would not want to get stuck under one; at up to 2,750kg they can crush a human to death and if a crocodile is unlucky enough to wander into a herd of hippos, the chances of the crocodile making it out alive, are very slim indeed.

Hippos are large semi-aquatic mammals, with a large barrel-shaped body, short legs, a short tail and an enormous head! They have greyish to muddy-brown skin, which fades to a pale pink color underneath. They are considered the second largest land animal on Earth, first place goes to the elephant!.

Hippopotamuses love water, which is why the Greeks named them the “river horse.” Hippos spend up to 16 hours a day submerged in rivers and lakes to keep their massive bodies cool under the hot African sun. Hippos are graceful in water, good swimmers, and can hold their breath underwater for up to five minutes.

Crocodiles on the other hand, are opportunistic killers and in Africa alone, there are several hundred crocodile attacks on humans per year, between a third, to half of which are fatal.  Many take place in small communities and are not widely reported. Worldwide, crocodiles are estimated to kill about 1,000 humans per year, many more than sharks.

The pool in the video below is called the “Hippo Pool.” Since Hippos are very territorial, and the crocodile was an uninvited guest, onlookers say that surprisingly, the crocodile survived.