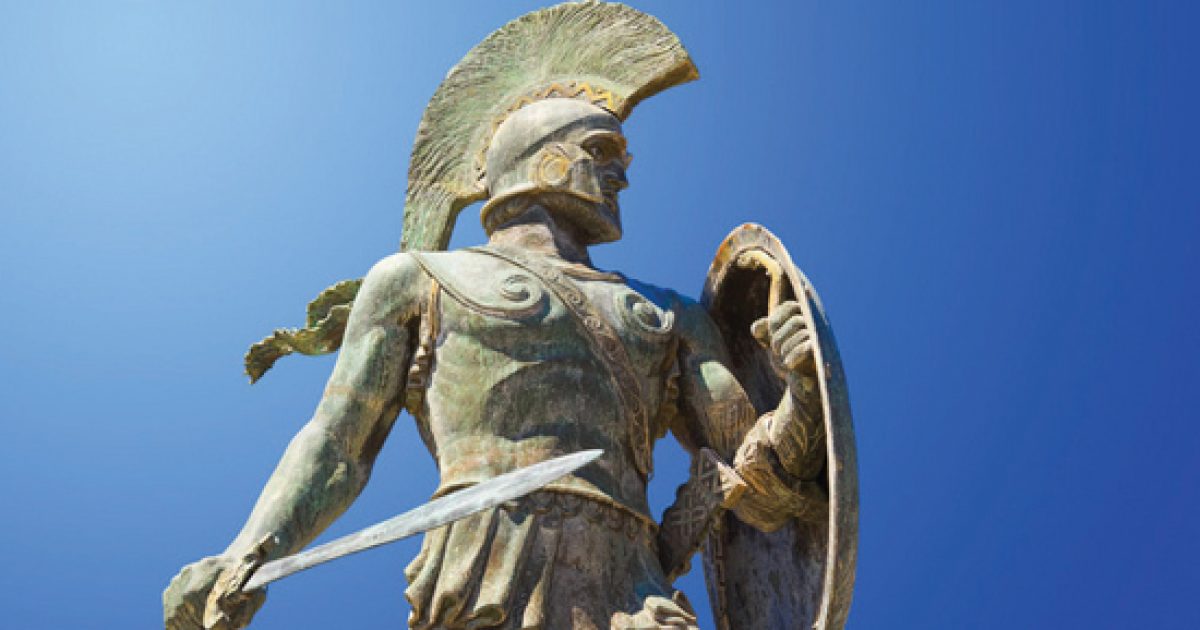 There are alot of things kids today don’t know about history, one thing in particular, is the history of the Spartans. The only reference we have about the Spartans in the 21st century is the film “300”. While this film was entertaining, it was a terrible representation of historical facts. I could go on about how terrible the film was as a historical representation, instead, I will simply site correct and historical facts about these incredible warriors.

One of the current representations about the Spartans that I think needs to be corrected, is that the Spartans did not go into combat half naked, on the contrary, the Spartans were very heavily armored from head to toe. A bronze helmet, a bronze breastplate, bronze greaves (shin guards) and a heavy round shield made of wood and bronze that in itself weighed about 20 pounds. One thing you have to remember is, that the Spartans were the equivalent of today’s Special Forces, these men spent their entire lives training for combat, that was their only purpose in life, to be the “perfect warrior”. For the Spartan warriors, it was a cradle to the grave deal, that was all that these men knew.

Even the word “Spartan” means; “to be frugal”, or “sparse”. To live a “spartan lifestyle”, means to live without all of the luxuries that we now take for granted. In fact, these warriors were content to exist with the bare minimums needed to survive, that is one reason why these warriors were so respected (and feared).

One historical fact that is not well known, is that when the Spartans went on the occasional diplomatic mission to other city-states in Greece, the Spartans went a little “crazy”, they literally ate and drank themselves into a stupor, because back home in Sparta they didn’t have very many luxurious foods, or wine. By today’s standards, their behavior would be akin to how college students act on Spring Break in Fort Lauderdale, they went a little crazy.

One Greek mentioned after visiting Sparta, said that after eating the Spartan food, he now understood why the Spartan warriors were so eager to die. The ancient Spartan melas zomos (μέλας ζωμός mélās zōmós), or black soup / black broth, was a staple soup made of boiled pigs’ legs, blood, salt and vinegar. It is thought that the vinegar was used as an emulsifier to keep the blood from clotting during the cooking process.

Yuck…that sounds awful!! Say what you will about these incredible warriors, one thing that no one can dispute, is that they were a force to be reckoned with on the battle field.

And while the Battle of Thermopylae was technically a defeat for the Greeks, it was also a victory in the long run because it marked the beginning of several important Greek victories against the Persians and boosted the morale of all the Greek city-states. And this could never happened without the Spartans involvement and their ultimate sacrifice.

After the battle of the Alamo in 1836, it was said, that now there was finally a parallel to Thermopylae, meaning, sacrifice and unflinching valor in the face of overwhelming odds.