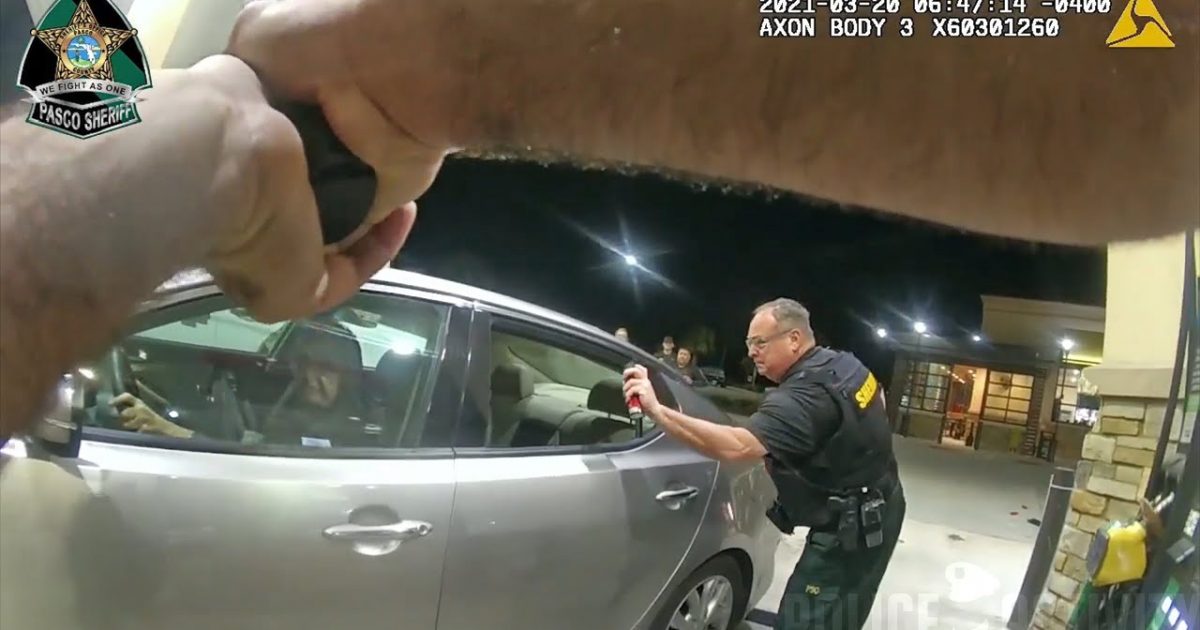 This must be an example of what those on the left call “white privilege”, even though the man was shot, he lived.  As you can clearly see, not all victims of police shootings are minorities. This is also a good example as to why you shouldn’t pull a weapon and open fire on law enforcement officers, you will get shot in return.

March 20, 2021 Hudson, Florida — Pasco County Sheriff’s Office released bodycam footage after 79-year-old, James Zambrotto was shot by deputies. This is body worn camera footage from five deputies involved in the deputy-involved shooting at the RaceTrac at US 19 and Little Rd. in Hudson.

The footage shows the beginning of the incident, when a deputy was approached by Zambrotto at the gas pumps. It continues to show deputies speaking with Zambrotto to de-escalate the situation, in which Zambrotto stated he would hurt himself and others, while setting up stop sticks to prevent the vehicle’s continued travel.

Additionally, it shows Zambrotto being pepper-sprayed while deputies attempt to get Zambrotto to put down the firearm he was holding. It also shows Zambrotto ramming into a patrol car, as well as the moment Zambrotto fired at deputies and deputies returned fire. No deputies were injured as a result of this shooting and Zambrotto remains in a local hospital.