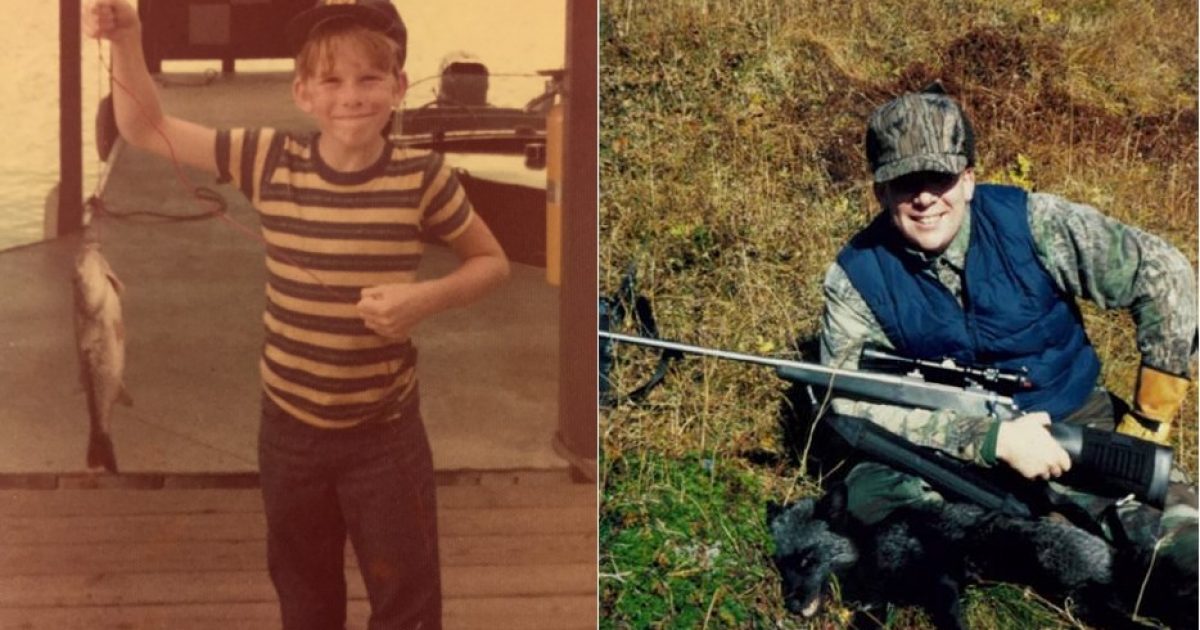 We all start somewhere in our outdoor journey as beginners, influenced by many sources, some similar, others quite different. No one is born an expert, but a few are born with a natural talent for the outdoors. I don’t believe I was born with that talent, but I was definitely born with a passion for it. My parents encouraged my outdoor passion from an early age and it easily took off from there.

I distinctly remember my dad taking me on my first hike along the Canadian River bottom in Oklahoma. At around seven years old I absorbed everything he explained to me like a sponge. Things like watching how and where you walked to not make much noise to prevent spooking animals. He taught me about the different plants and trees of the woods, including which ones to avoid! Animal tracks always fascinated me, and he taught me those as well.

An advantage I had was that my father was a biology teacher and could easily apply outdoor textbook and theory. He taught me the how and the why of the woods and rivers. One of the highlights of those early hikes was making a small fire on the sandbar and roasting Vienna sausages! I know some people don’t like them, but I’ve had an affinity for them ever since! My dad was my Pack Cubmaster, and my mom was my Den Mother in Cub Scouts.

My family enjoyed fishing as well which also began during my grade school years. A place we fished a few times was known as “Uncle Melvin’s” with my grandparents and cousins. We caught grasshoppers to use as bait in the series of reclaimed strip pit ponds on the property. Catching the grasshoppers was a big part of the fun with butterfly nets. The water was so clear I remember being able to watch the big Bluegill come up and take our bait.

We had other relatives that lived in Arkansas that we visited on our summer vacations. On one of those trips my dad and I went fishing with my uncle and his brother-in-law near Bella Vista. It was my first time fishing from a boat, a brand new Ranger that belonged to Uncle Charlie, the brother-in-law. Uncle Charlie hooked into a bass and immediately handed the fishing pole to me. I struggled with it a little bit but finally landed it, hooking it in the mouth and the tail!

Later on, we moved to Arkansas and did more fishing at the different lakes in the area. My mom always had the knack for finding just the right spot to fish. She would sit there in her big hat in the lawn chair with a book and out catch us all! Dad would tromp up and down the banks with my grandfather’s bamboo fly rod, beating the water into submission. I don’t ever remember him catching anything with it, but he sure gave it the old college try.

Another set of reclaimed strip pits north of town was a great place to fish. A vivid memory I have from then is my sister Mandy catching a bream and her enthusiastic hook set! She yanked that bream out of the water so hard it sailed backwards over our Volkswagen camper van! It landed in the water on the other side with a case of whiplash!

Early on my parents bought me a Red Ryder BB gun and my dad taught me firearms safety immediately. I practiced with it constantly and was thrilled when the day finally came we got to go hunting. Toting my grandfathers .22 rifle, dad took me and my BB gun into the squirrel woods for the first time. Quietly teaching me to stalk the woods, we found a couple of squirrels feeding on the forest floor. When they saw us, they scurried up into the trees on the opposite sides from us, hiding.

I eased around the tree to try and see them, only able to see a tail and back foot.  As I kept circling they moved around to avoid me and onto the side where my dad waited. He dropped the first one easily as the second one moved up higher. I took a shot but mostly just made noise rattling the BB through the trees. That squirrel made the same mistake as the first and moved to my dad’s side again with the same results.

Afterwards I learned how to clean squirrels, a skill my dad passed down from his hunting them as a boy. Later on, I graduated to hunting them with a .410 shotgun and found my first successful harvest. I’ve previously written about starting with squirrels and eventually I got into rabbit hunting over beagles. That is a whole other kind of fun adventure listening to the beautiful music of the chase.

My first foray into big game hunting started with whitetail deer when I was 19 on my ex-brother-in-law’s place. Early success there fanned my passion for hunting which took off. Later during my military career, I always put in for duty stations where I could hunt and fish nearby. From there, my love for the outdoors has never wavered, even after all the years since it began. To this day, I’ll fish or hunt for any legal species.