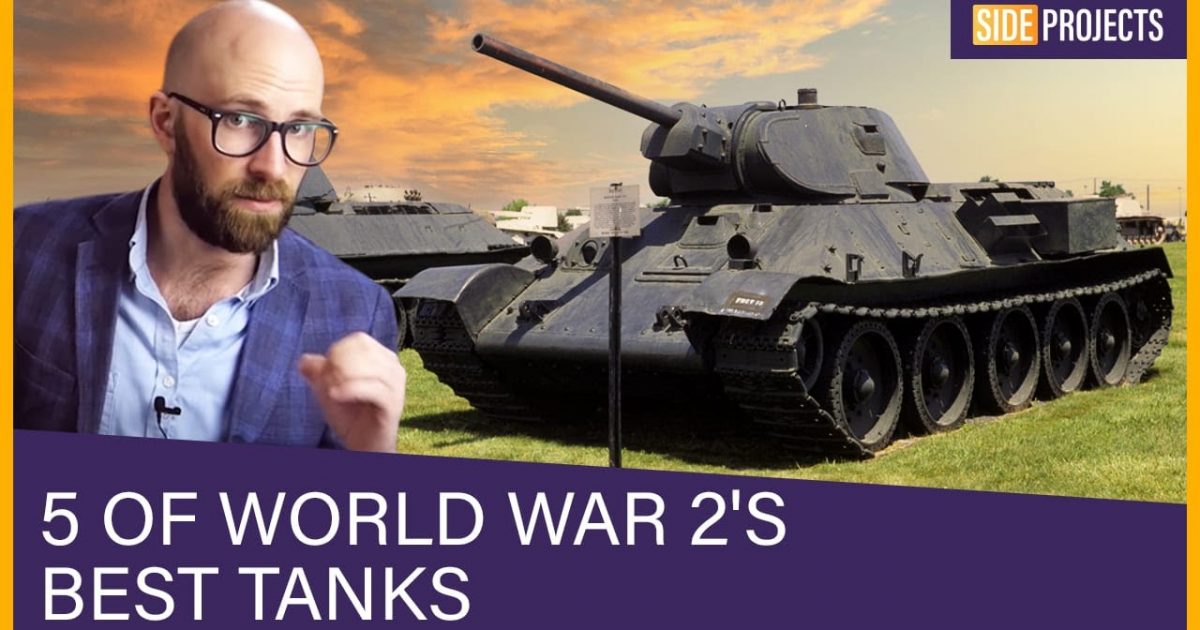 Being an armature historian, I find the study of World War Two to be particularly fascinating, simply because of all of the technological advances made during the war years from 1939 to 1945. More technology was used and specifically created during this period than almost any other during the 20th century. More technological advances in medicine, communications, aircraft and weapons were made during WWII than almost any other time in modern history. While I could fill volumes with all of these accomplishments, I want to focus on only one subject- Tanks.

Tanks were introduced onto the battle field during WWI and while those machines were crude by todays standards, the tank was a revolutionary invention and virtually changed just how we were to fight all future wars.

During the First World War, Britain began the serious development of the tank. … The military combined with engineers and industrialists and by early 1916 a prototype was adopted as the design of future tanks. Britain used tanks in combat for the first time in the Battle of Flers-Courcelette on 15 September 1916.

And while the invention of the tank was in itself almost a modern miracle, it wasn’t until World War Two that the tank came into it’s own as a vital weapon of both offense and defense.

Tanks were an important weapons system in World War II. Even though tanks in the inter-war years were the subject of widespread research, production was limited to relatively small numbers in a few countries. However, during World War II, most armies employed tanks, and production levels reached thousands each month. Tank usage, doctrine and production varied widely among the combatant nations. By war’s end, a consensus was emerging regarding tank doctrine and design.

In the video below, we will focus on what some say are the top five tanks of WWII. After watching the video, please feel free to make your own comments regarding this subject, or if you feel that some were left out of the conversation, in the comment section below.