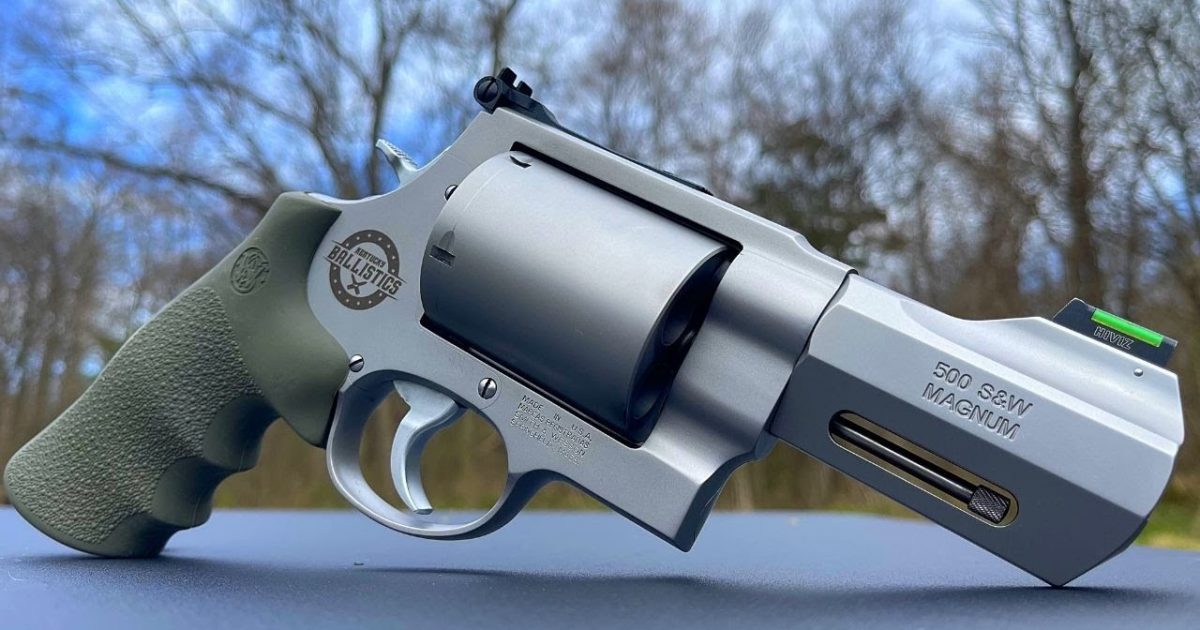 In today’s video Scott has some fun with the Kentucky Ballistics 500 Magnum and like always, it’s a watermelon killing, egg plant destroying, gravy raining good time!! Now, try as I might, I searched the web for the handgun Scott is using so that I could at least show you where you could find it and possibly buy it,  but to no avail.

So, I guess if you want to buy this special edition firearm, you might have to contact Scott directly and ask him where you can buy, or at least where to order it from.

But, incase you’re wondering if the 500 Magnum is the gun for you, here’s a couple of technical tidbits.

In fact, with the right ammunition loads, .500 Magnum compares favorably in energy to the .308/7.62×51 rifle bullet. A typical .308 bullet will have a weight of 168 grains (.38 ounces) and deliver 2,650 foot pounds of energy. At 350 grains, a similar .500 Magnum round will weigh more than twice as much and deliver 2,491 foot pounds of energy. The rifle bullet’s advantage is that, travelling 1,200 feet per second faster than the pistol bullet, it has substantially better range.

Now, the 500 would be a kind of a stupid choice for a self defense gun. The muzzle blast would be disorienting. The risk of permanent hearing damage would be very high. Follow up shots would be very slow. But on the bright side, anything that you aim at and hit, would disintegrate into teeny-tiny bits, so when the police show-up at your door there would be very little physical evidence for them to mention in their report.

Well, I’ve rattled-on enough, so kick back and enjoy the show…and I might add, if you’re shooting at cans of Nacho cheese, or gravy, it’s best to wear a poncho.