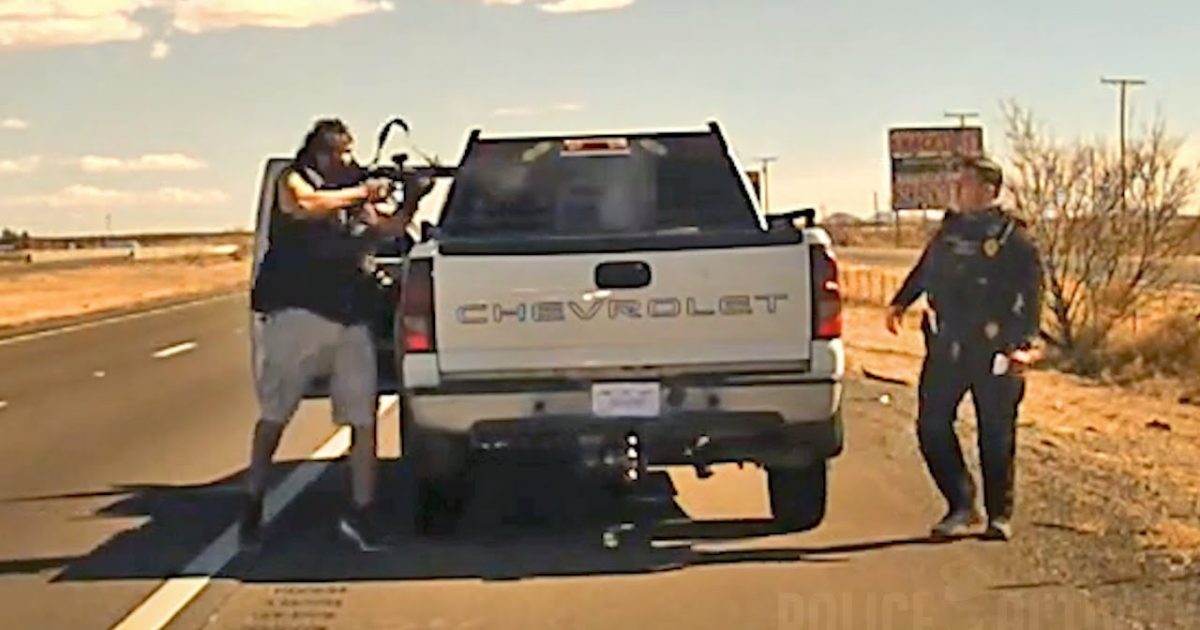 As Cueva ran toward the front of the truck on the passenger’s side, he shot Officer Jarrott point-blank in the back of the head. A Homeland Security Investigations (HSI) agent arrived on scene and notified New Mexico State Police dispatch that an officer was down. A broadcast was put out to state and local law enforcement agencies. New Mexico State Police Officers Lionel Palomares and Sonny Montes located Cueva traveling east on Interstate 10 near mile marker 116. Cueva pulled over and fired at Officers Palomares and Montes. The officers returned fire at Cueva who continued to evade officers, traveling east on Interstate 10.

Prior to the pickup coming to a stop, Cueva exited the pickup armed with a firearm and shot multiple rounds towards the officers and deputies. LCPD Officer Adrian De La Garza and DASO Deputies Diego Herrera and Obed Marte returned fire towards Cueva, who was struck several times by gunfire. Officer De La Garza was struck by gunfire and was airlifted to a trauma hospital in Texas where he was treated and released for non-life-threatening injuries. Officers rendered aid to Cueva until emergency medical personnel arrived on scene. Cueva sustained fatal injuries and was pronounced deceased on scene by the Office of Medical Investigator.

This investigation is active and being led by the New Mexico State Police Investigations Bureau. Officer Darian Jarrott began his career as a Transportation Inspector with NMDPS. He was certified as a law enforcement officer in December of 2014 and worked with the former Motor Transportation Division of NMDPS. In July of 2015, he was sworn in as a New Mexico State Police officer where he bravely served until the day of the shooting. Officer Jarrott leaves behind 3 small children and was expecting his fourth child this year. Officer Darian Jarrott was laid to rest on Friday, February 12, 2021 at Shakespeare Cemetery in Lordsburg during a private burial.