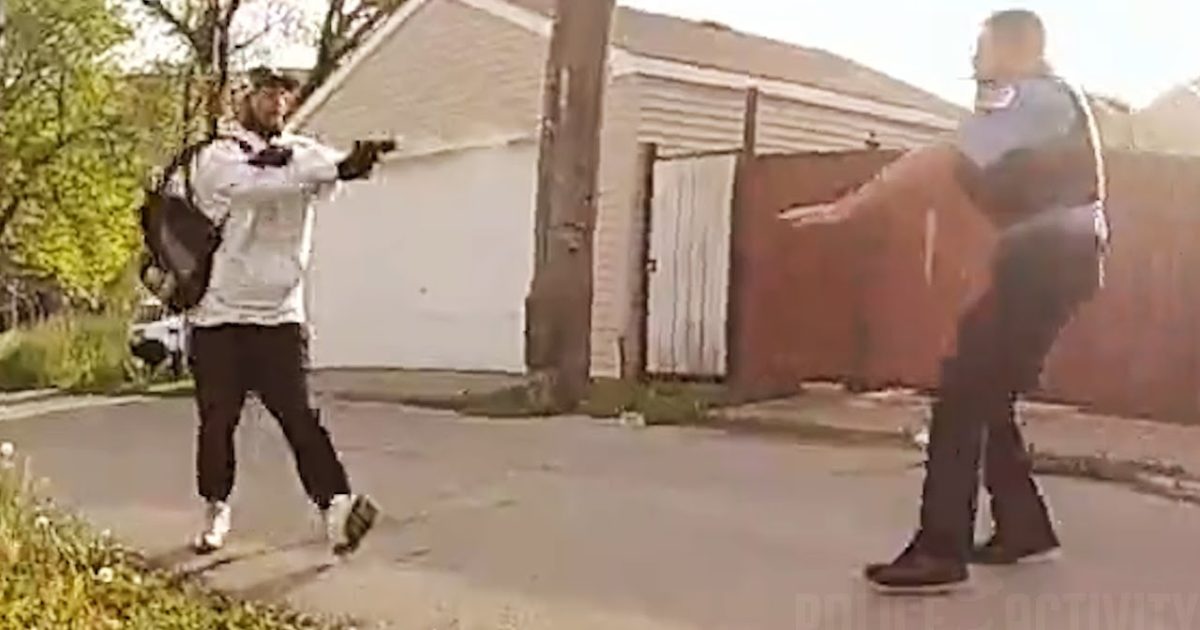 The video below is a shocking view of what large democrat controlled cities have become; Shooting Galleries!! But rather than take any responsibility for what her policies have done to Chicago, Mayor Lori Lightfoot continues to play the race card and accuse any and all of those who criticize her and her asinine and dangerous policies as “racist’s”. Sady, the black community in democrat controlled cities like Chicago are the worst affected by these idiotic and dangerous anti-police policies.

Chicago, Illinois — The Civilian Office of Police Accountability has released officer body-cam videos from a Lawndale incident last month in which two officers and a suspect were shot.

The shooting happened in the 1500 block of South Lawndale Avenue about 7:19 a.m. Sunday, May 16, 2021 as officers responded to a ShotSpotter alert of gunfire. Both officers tried to engage the suspect, later identified as 45-year-old Bruce Lua and followed him down an alley.

The video shows one officer approaching the suspect with his gun drawn when the suspect immediately opens fire. One video shows an officer falling to the ground as he returns fire. Lua, was hit in the leg, but survived. Lua is now charged with attempted murder and aggravated battery.

Both of the injured officers are also okay and were saluted as they left the hospital later that day.