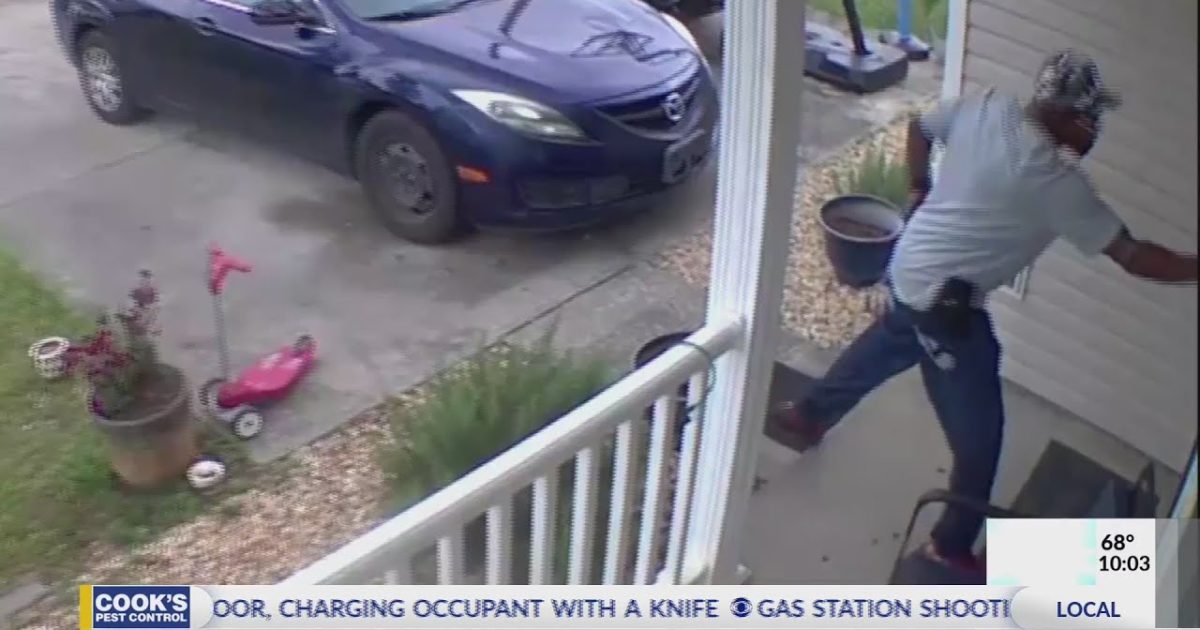 This story is a couple of months old, but it proves beyond a shadow of a doubt, why the 2nd Amendment is so important! If the homeowner had not owned a firearm, then the people inside this home would probably all be dead. As you can clearly see in the video below, the man attempting to force his way in the home meant serious (and deadly) business. Democrats aren’t interested in getting firearms out of the hands of criminals, just law abiding citizens.

And yes…I know the man attempting to force his way in the home had a knife and not a gun, but it doesn’t make any difference, it was a deadly weapon and the home owner had every right to shoot and kill the intruder.

The text and video are courtesy of wkrg.com:

ESCAMBIA COUNTY, Fla. (WKRG) — On May 4 just after 5 p.m., Escambia County Sheriff’s Office deputies responded to the 8400-block of James Taylor Lane in reference to a disturbance complaint where someone had been shot.

Once on scene, deputies found a 54-year old male deceased from an apparent gunshot wound to the head. The residents inside the home told investigators the man kicked in the front door, and once inside, he armed himself with a knife, yelling he was there to harm his children’s mother. He went room to room searching and threatening the occupants who had retreated to a bedroom in the rear of the house. He then confronted a woman in the rear bedroom, who, fearing for her life, shot the man twice.

At the time of the incident, the suspect had an active domestic violence injunction filed on him. He was also reportedly on his way to anger management treatment when the incident took place.