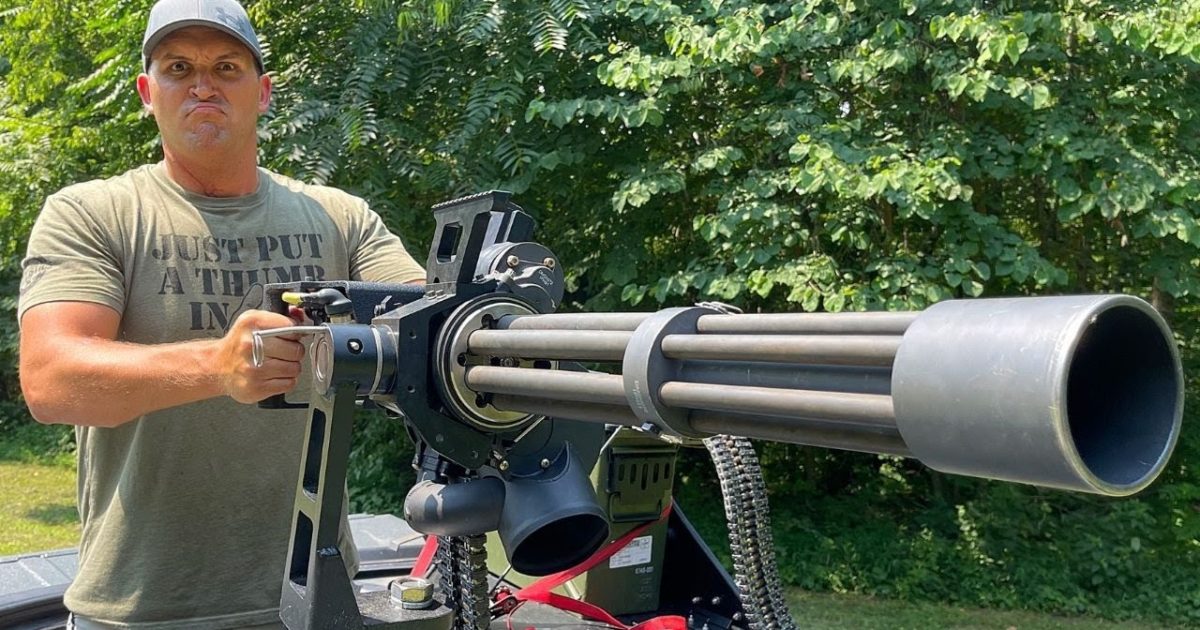 I would say, that it looks like Scott is about to have the time of his life (and in the process kill quite a few watermelons). Now, everybody knows that Scott was almost killed a few months back when a .50 caliber rifle literally exploded in his face, so I’m sure that after that, Scott makes extra sure that before he fires any weapon now, that everything has been checked-out and is safe. But, I don’t want to take away from the fun here, so let’s just sit back and enjoy the show!

So, for those of you who have been living under a rock and have never seen, or fired a minigun, let me clue you in on some technical aspects regarding this weapon according to Wikipedia:

“The M134 Minigun is an American 7.62×51mm NATO six-barrel rotary machine gun with a high rate of fire (2,000 to 6,000 rounds per minute). It features a Gatling-style rotating barrel assembly with an external power source, normally an electric motor. The “Mini” in the name is in comparison to larger-caliber designs that use a rotary barrel design, such as General Electric’s earlier 20 mm M61 Vulcan, and “gun” for the use of rifle ammunition as opposed to autocannon shells. Minigun” refers to a specific model of weapon that General Electric originally produced, but the term “minigun” has popularly come to refer to any externally powered rotary gun of rifle caliber.”
Parler Facebook Twitter