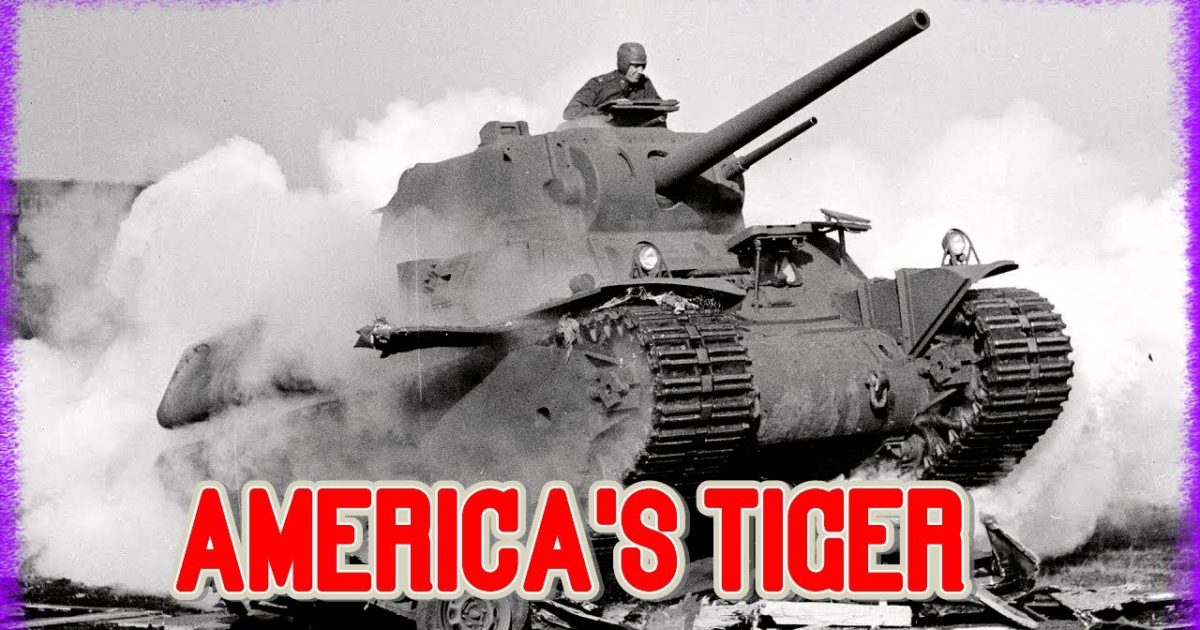 Taking into account what I do for a living , I consider myself to be an amateur historian, but this particular item has me stumped.  I knew that the United States government had submitted several requests to American manufacturers for a new tank design during World War II, but I never knew that the M6 heavy tank had even made it off of the drawing board, let alone had made it into even limited production.

I feel it was a mistake that this particular tank wasn’t put into mass production, because if it had, it would have set the gold standard for every tank design in World War 2 and given the United States military a serious advantage over the Axis powers.

Little known, the M6 was the first modern US heavy tank. The only other heavy tank built in series was the Liberty or Mark VII, a joint US-British design, produced in 1918, of the WWI-era lozenge type. When the Second World War broke out, the successful German campaign of 1940 gave a spur to US tank development. Already, on 20 May 1940, the Chief of Infantry recommended to the US Army Ordnance Corps to study a 50-ton tank design.

Here’s what Wikipedia has to say about the M6 Heavy Tank:

“The Heavy Tank M6 was an American heavy tank designed during World War II. The tank was produced in small numbers and never saw combat.
Because of limited budgets for tank development in the interwar years, at the outbreak of World War II the US Army possessed few tanks, though it had been keeping track of the use of tanks in Europe and Asia. Successful employment of armored units in 1939–40, mostly by the Germans, gave momentum to a number of US tank programs, including a heavy tank. The United States possessed a massive industrial infrastructure and large numbers of engineers that would allow for mass production of tanks.”
To continue reading click HERE.