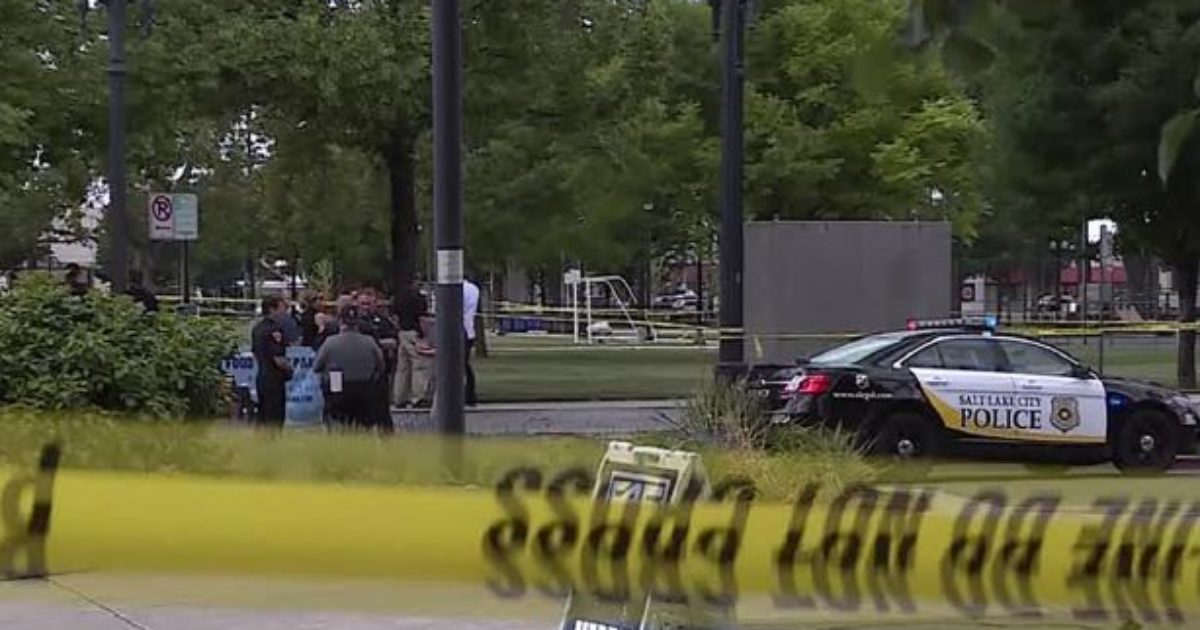 I realize that there is a fairly large part of the population in the United States that are calling to “defund” and “re-imagine” policing, because they falsely claim that police are racist and unfairly target people of color, but nothing could be farther from the truth.

One of the most pernicious myths about police shootings is that officers shoot unarmed black men at an alarming rate, when in fact just 2% of the people who were killed by an officer were unarmed and black.  Since the beginning of 2015, law enforcement officers across the country have actually killed 33 more unarmed white people than unarmed black people.

About the video below:

Salt Lake City, Utah — The Salt Lake City Police Department released body-worn camera footage of the officer-involved critical incident that occurred on June 10, 2021. At 8:36 a.m. SLC911 received a call from a witness indicating a woman had been stabbed at Pioneer Park. The witness indicated the woman had serious injuries to her arm and stomach and was bleeding heavily.

SLC Fire arrived at 8:44 a.m. Due to the severity of the woman’s injuries, SLC Fire immediately began life saving efforts instead of waiting for police to arrive. Two SLCPD officers were dispatched on an agency assist for SLC Fire at 8:43 a.m. Both arrived at 8:46 a.m. As the officers approached the scene, witnesses and SLC Fire personnel pointed out a possible suspect who was still in Pioneer Park.

The two officers walked towards the male. Almost immediately the male, who had been sitting by a tree, stood up. One of the officers saw the male had a knife in his hand and told the second officer he could see a knife. The male slowly walked towards the first officer, who was giving commands to “drop the knife”. The officers stopped walking towards the male, and instead backed up. After the third command to drop the knife the first officer told the second officer, ‘Taser!’.

After several commands to drop the knife, he eventually let go of it. An officer placed one of the male’s wrists into handcuffs and put him into a recovery position. The officers never fully handcuffed the male. Officers attempted to communicate with the male to find out where he was hurt. Officers immediately requested medical assistance over the radio, and less than two minutes later SLC Fire paramedics, who were on scene treating the stabbing victim, came to render medical aid to the male. The man was later identified as Rezek Yaqub Yahya, 39.