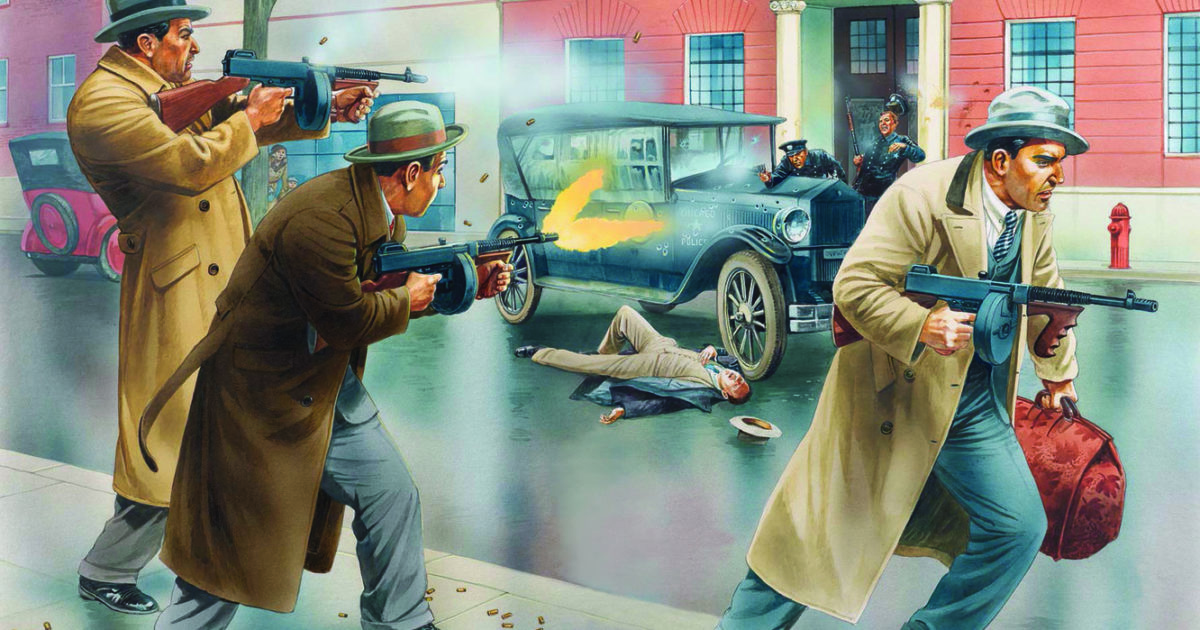 If there is one firearm that is an iconic symbol of America in the “Roaring Twenties” and of the American “Gangster”  it’s the Thompson Submachine Gun.

The Thompson submachine gun, also known as the “Tommy Gun”, “Chicago Typewriter”, or “Trench Broom”, is a blowback-operated, air-cooled, magazine-fed selective-fire submachine gun that was invented by the United States Army Brigadier general John T. Thompson in 1918. Although it was introduced too late to see service in World War I, it made a definite impression on American culture , especially during the 1920’s and early 1930’s.

Apart from being the ultimate mobster prop, carrying a Tommy gun in a violin case came about as a practical solution, in the 1920s, to needing to carry a firearm in public. When people cottoned on, violin cases started to be used to hide all kinds of firearms – from machine guns to sawed-off shotguns.

The Thompson’s high rate of fire and large magazine capacity saw it catapulted to infamy as the weapon of choice for lawmen and gangsters during the 1920s and 30s. Thompsons quickly entered the vernacular of popular culture as Tommy Guns or Chicago Typewriters. 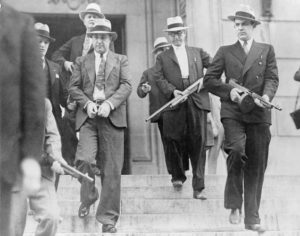 If there is one event that brought the Thompson into the mainstream of America, it was it’s use in one of the most bloody massacres in the 20th century…the Saint Valentine’s Day Massacre.

The Saint Valentine’s Day Massacre was the February 14th, 1929 murder of seven members and associates of Chicago’s North Side Gang that occurred on Saint Valentine’s Day. The men were gathered at a Lincoln Park garage on the morning of that feast day, when other men dressed as police entered the garage, ordered the men to line-up against a wall and then were subsequently gunned-down in a hail of bullets fired from their Thompson submachine guns.

Now that you’re up to speed, kick-back and enjoy the video, there’s not alot of talking…but there is a whole lot of shooing!!