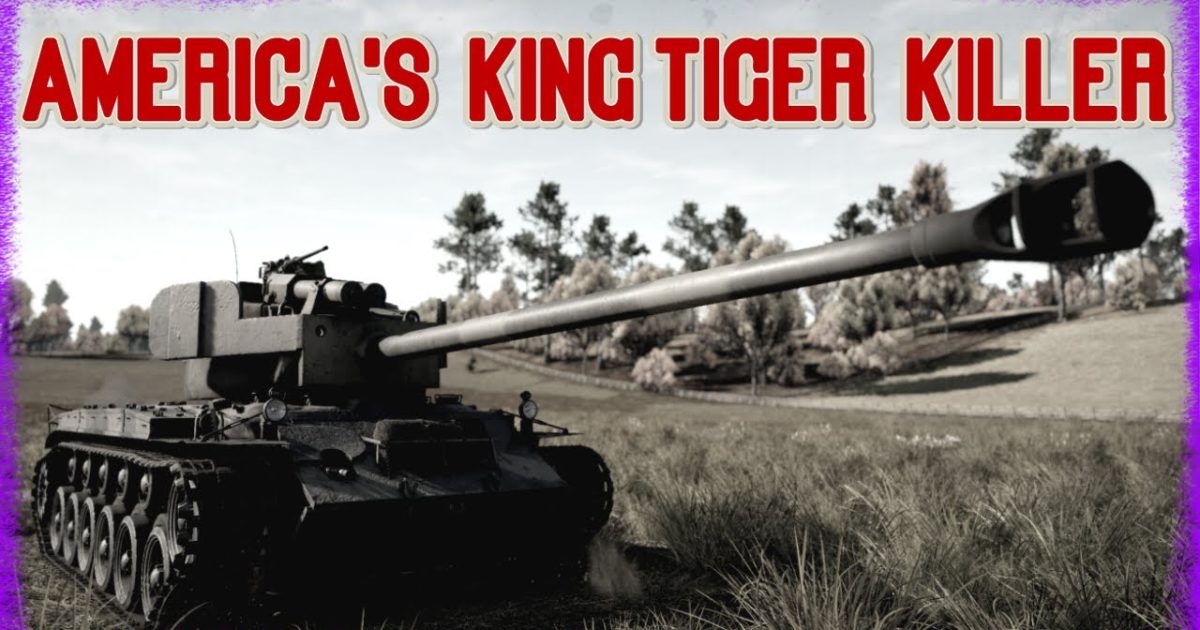 On the battlefields of France during World War I a new and terrifying invention made it’s debut, the tank. To the first German soldiers who were on the receiving end of these massive armored beasts, many were so scared they threw down their arms and ran away, or surrendered, THAT is how terrified they were. But the Germans learned a good lesson regarding tanks and when the second world war started, they were the one’s who were the innovators and it was the allies turn to be afraid of the German tanks, one tank in particular that struck fear in the allies, was the dreaded Tiger. It may have taken almost 5 years , but the Americans came up with armor of their own to counter the threat of the Tiger, the Panther and the King Tiger.

It’s 1945 and the second world war is drawing to a close. Despite this the flow of American armor continues to stream into the European theater. Among these are a small number of the newest American weapons of war. These machines known as the M26 Pershing hoped to level the playing field by giving the US forces a tank equal to the Tigers and Panthers they faced. However the emerging threat posed by the new Tiger 2 would bring a modification to these Pershings to match the firepower of the long 88.

This tank would become known as the T26E4 or ‘Super Pershing’.

The T26E4 SuperPershing is an American tier 8 premium medium tank. To increase firepower, a new long-barrelled 90-mm gun was mounted on the T26E1 in January 1945. The prototype was designated the T26E4. Development was discontinued in January 1947 due to problems with the gun and the loading mechanism

The T26E4 “Super Pershing” is an M26 Pershing with upgraded protection in the form of spaced armor scrapped off Panther tanks. It is analogous to the M4A3E2 Sherman Jumbo in that it is the up-armored variant of a mobile medium. The T26E4 does not however have access to the upgraded engine or the long 90mm of the M26 (although as of 9.17, AP penetration is similar to each other), but does have the similar but historically-accurate long 90mm tested on the tank. The turret face of the T26E4 has very good durability to complement the tough frontal hull. This makes it nearly impervious to HE shells from the front and allows it to hold positions or assault them reasonably well.