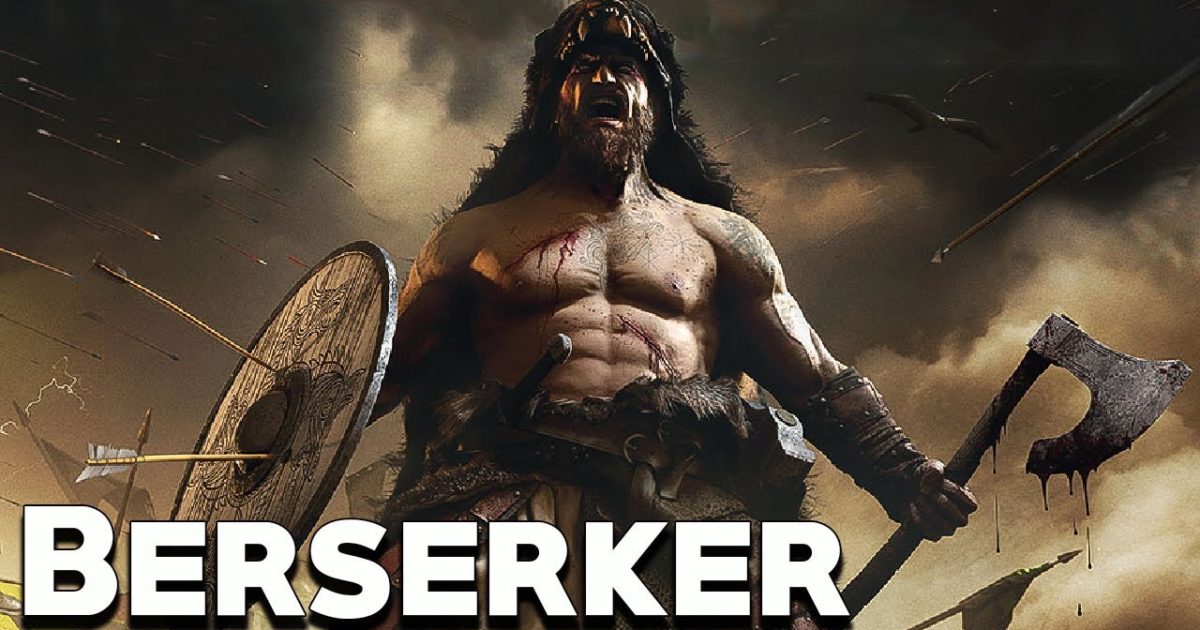 Throughout history many cultures have existed and along with that, warriors have  always been a part of those cultures. Warriors were among the most revered, but also the most feared and respected, in many cultures, it was the warrior class that held the most status. From the time of the ancient Egyptians in the early bronze age, to the time of the Persian Empire and also the Greeks and on into the Iron age, the warrior was the most respected and feared.

But in the early part of the Dark Ages, there was one class of warriors that were the most feared above all…the Vikings. The Viking Age (793–1066 AD) was the period during the Middle Ages when Norsemen known as Vikings undertook large-scale raiding, colonizing, conquest, and trading throughout Europe, and reached North America. It followed the Migration Period and the Germanic Iron Age.

And among the Vikings, it was the ‘Berserkers’ that were the most feared above all. Just imagine that you are a dark age peasant farming your field and out of nowhere comes a screaming giant covered in a bear, or wolf skin wielding a 20 pound battle ax right at you…the sight alone was enough to make most grown men soil themselves in fear.

This group of warriors became demons of war who served as general symbols of evil in this era. They did exist, though, these Berserkers, along with the wolf skins who were also known as the heathen wolves and were an extremely special group of incredibly skilled and dangerous warriors associated with the god Odin.

One of the more hotly contested hypotheses is that the berserkers ingested a hallucinogenic mushroom (Amanita muscaria), commonly known as fly agaric, just before battle to induce their trancelike state.

The legendary Viking warriors known as berserkers were renowned for their ferocity in battle, purportedly fighting in a trance-like state of blind rage (berserkergang), howling like wild animals, biting their shields, and often unable to distinguish between friend and foe in the heat of battle.

In other words….even among badass warriors like the Vikings, the Berserkers were the ultimate badasses!!

So, grab a horn of ale and kick-back and watch as the Berserkers do their thing.