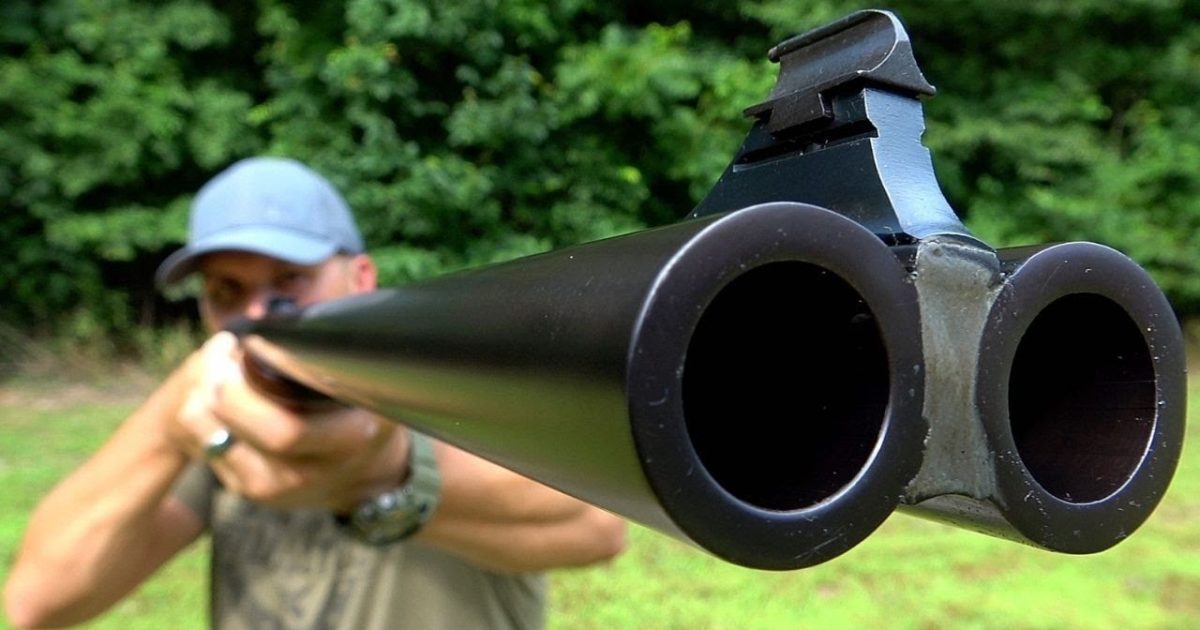 Now, everybody knows that Scott had a near-death experience a couple of months ago when a .50 caliber rifle exploded right in his face. He spent some time in the hospital and quite frankly, Scott’s lucky to be alive, but it didn’t scare him off from the BIG guns.

So today, Scott has jumped right back into the deep end and brought out one of the BIGGEST rifles on the planet, the 700 Nitro Express! After taking some precautions to make sure that the rifle will fire safely (that’s completely understandable considering what happened to him) and while Scott won’t be shooting the rifle because he’s still healing up from his injuries, he’s brought a friend out to the range so we can see just what it’s like for a human being to shoot one of these monster rounds.

Here’s a little bit about the 700 Nitro Express:

The 700 Nitro Express, like the big bore nitro express cartridges, was developed for taking dangerous big game at close range, by intrepid hunters on foot in heavy cover, using single-shot or double rifles.

The .700 Nitro Express is a big game rifle cartridge made by Holland & Holland, London, England. It was developed in 1988 by Jim Bell and William Feldstein and built by H&H. Feldstein had tried unsuccessfully to get H&H to build a .600 Nitro Express for him, but they had already ceased production.

Now that you’re up to speed on things, sit back and watch what Scott & his buddy does with this monster.