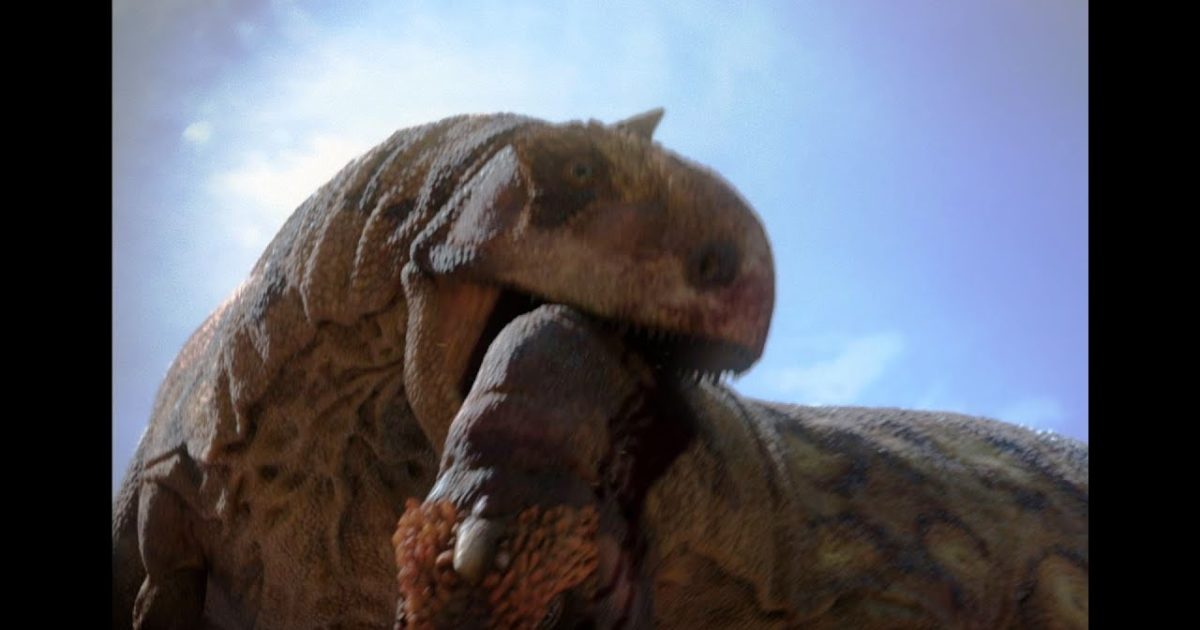 When I was a small child, I loved dinosaurs, I couldn’t get enough of them. Now that I’m an adult and have children of my own, I’ve passed that love of dinosaurs down to my children.

When my youngest son was no more than three years old, I bought him an entire set of plastic dinosaurs and what we would do, was bury them in our gravel garden in our backyard and I gave him a small painters brush and together, we would go “un-earth” them and pretend that we were paleontologists “discovering” them.

Well that was more than 23 years ago and since that time, real paleontologists have made many more and exciting finds of new dinosaur species and through their discoveries have learned many things about how they lived and what their behavior was like. Hopefully, if I accomplish anything with this article, it will be to pass my love of dinosaurs onto you.

About the dinosaur in the video below:

Majungasaurus was a carnivore. It lived in the Cretaceous period and inhabited Madagascar. Its fossils have been found in places such as Province de Mahajanga (madagascar). The large island of Madagascar was home to the apex theropod predator Majungasaurus, which was discovered in 1896. At 18 feet and two tons, with a small horn on its head, it was the meanest beast on the island, with relatives in India such as Rajasaurus, and Carnotaurus in Argentina. Majungasaurus tooth marks on Majungasaurus bones indicate that this dinosaur would eat its own kind.

When first discovered only the top part of the skull of Majungasaurus was known.‭ ‬This fragment revealed a dome like structure which was taken to be indicative of a pachycephalosaur.‭ ‬Further fossil material would reveal the truth about Majungasaurus being a carnivorous theropod,‭ ‬although this was not the first time that a carnivorous dinosaur was mistaken for a pachycephalosaur,‭ ‬with the same thing happening to Troodon.

Majungasaurus is notable among abelisaurids,‭ ‬as while it shares the same characteristic short,‭ ‬deep skull,‭ ‬it has a single small horn that rises from the top of its skull above where the eyes would be.‭ ‬In fact it was a poorly preserved spike that led to the misidentification of Majungasaurus in the first place.‭ ‬This spike has been found to‭ ‬made from porous material indicating that it almost certainly was just for show,‭ ‬and too fragile for combat.