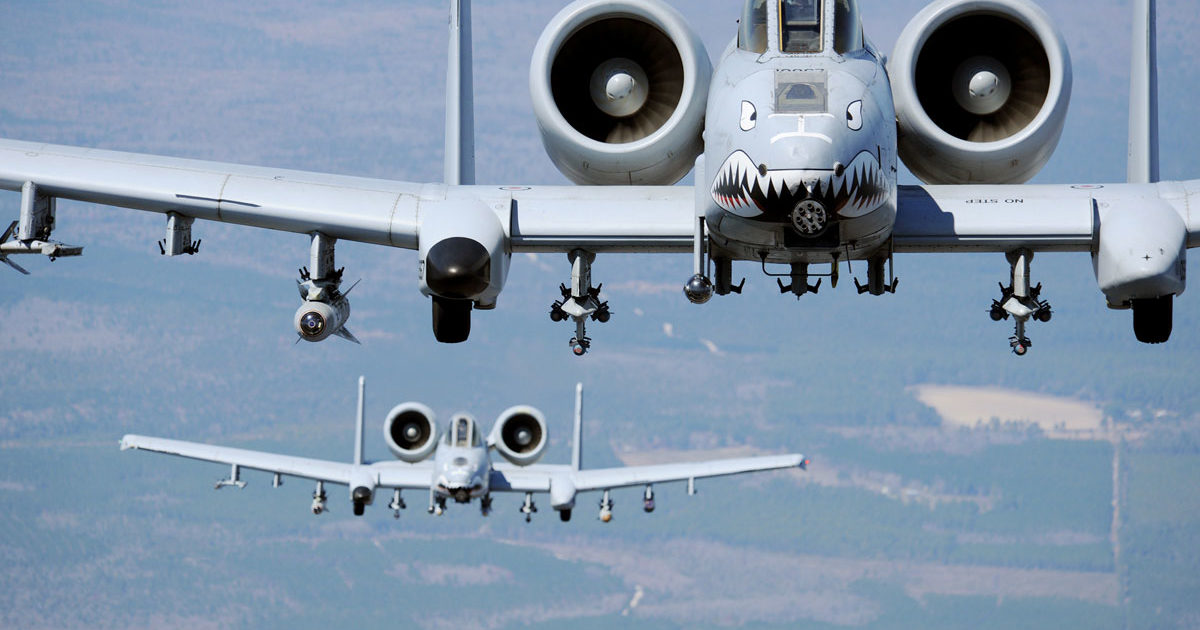 The United States Air Force has one heck of an arsenal, there are so many great aircraft, that it’s almost impossible to decide which one is the best, but in this case, considering the job that it does, the A-10 Thunderbolt has no competition. The A-10 is probably the best close air support aircraft in the sky. I mean, the damn thing is a flying arsenal and no matter the job, the A-10  never let’s you down.

Affectionately called the “A-10 Warthog” for its aggressive look and often painted with teeth on the nose cone, the A-10 Thunderbolt II is the U.S. Air Force’s primary low-altitude close air support aircraft. The A-10 is perhaps best known for its fearsome GAU-8 Avenger 30mm gatling gun mounted on the nose. The GAU-8 is designed to fire armor-piercing depleted uranium and high explosive incendiary rounds. 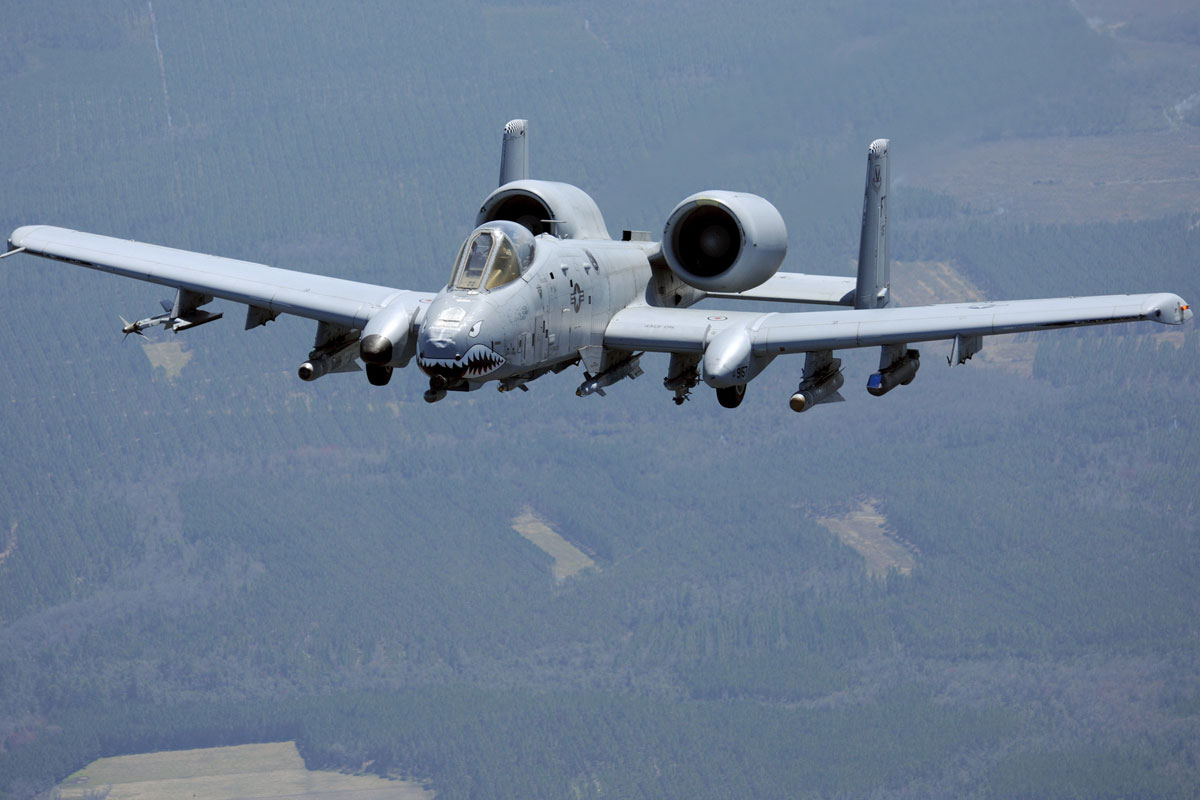 The A-10 Thunderbolt II has excellent maneuverability at low air speeds and altitude, and is a highly accurate and survivable weapons-delivery platform. The aircraft can loiter near battle areas for extended periods of time and operate in low ceiling and visibility conditions. The wide combat radius and short takeoff and landing capability permit operations in and out of locations near front lines. Using night vision goggles, A-10 pilots can conduct their missions during darkness. 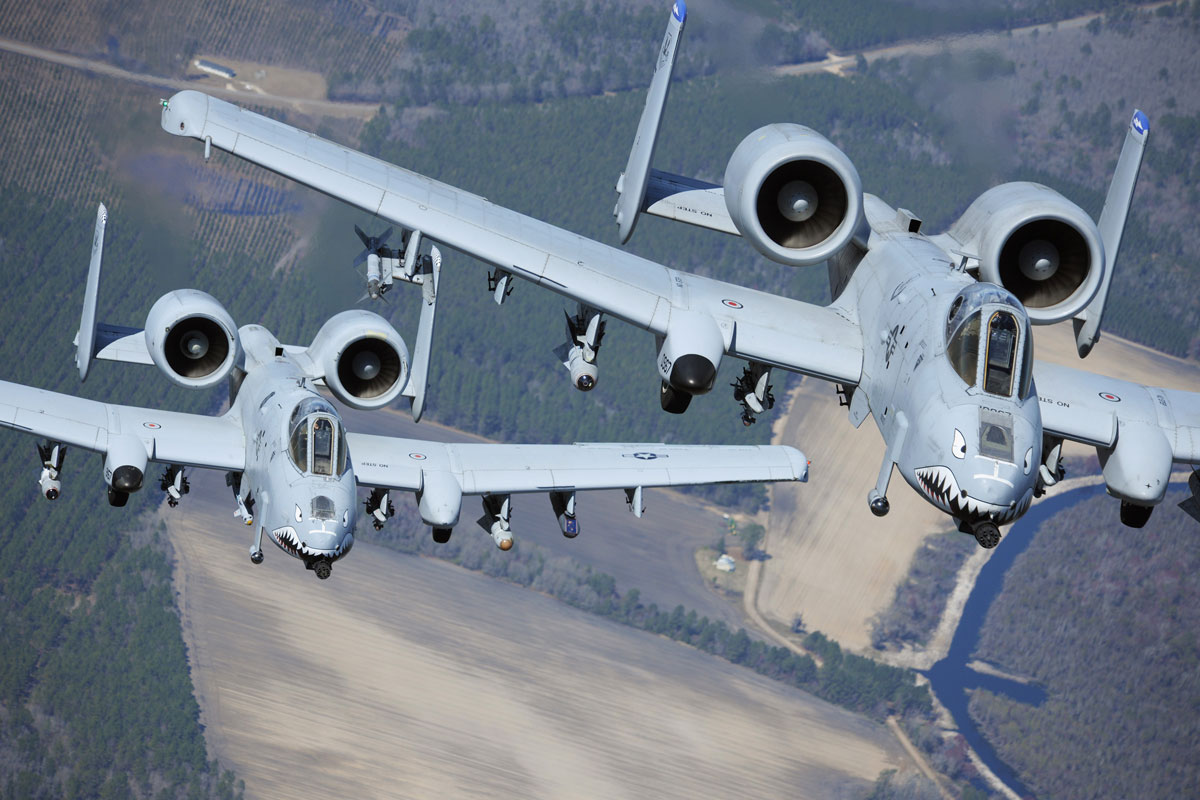 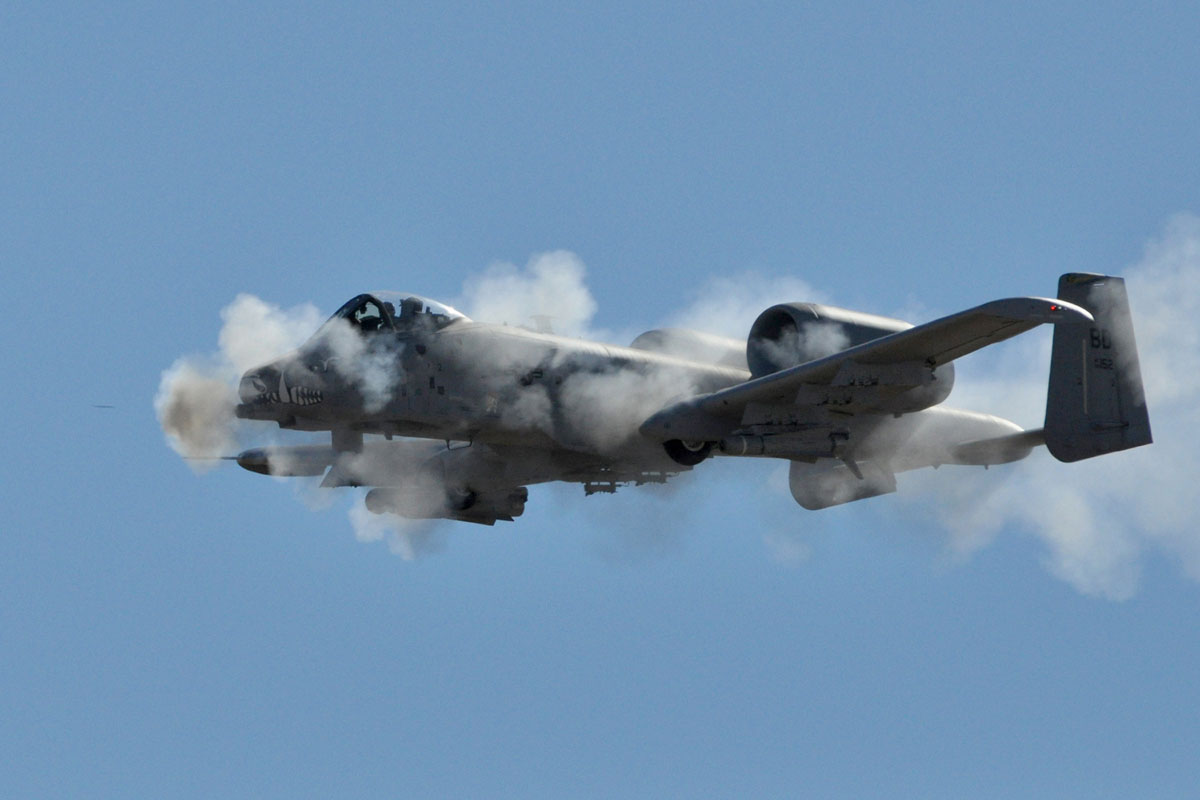