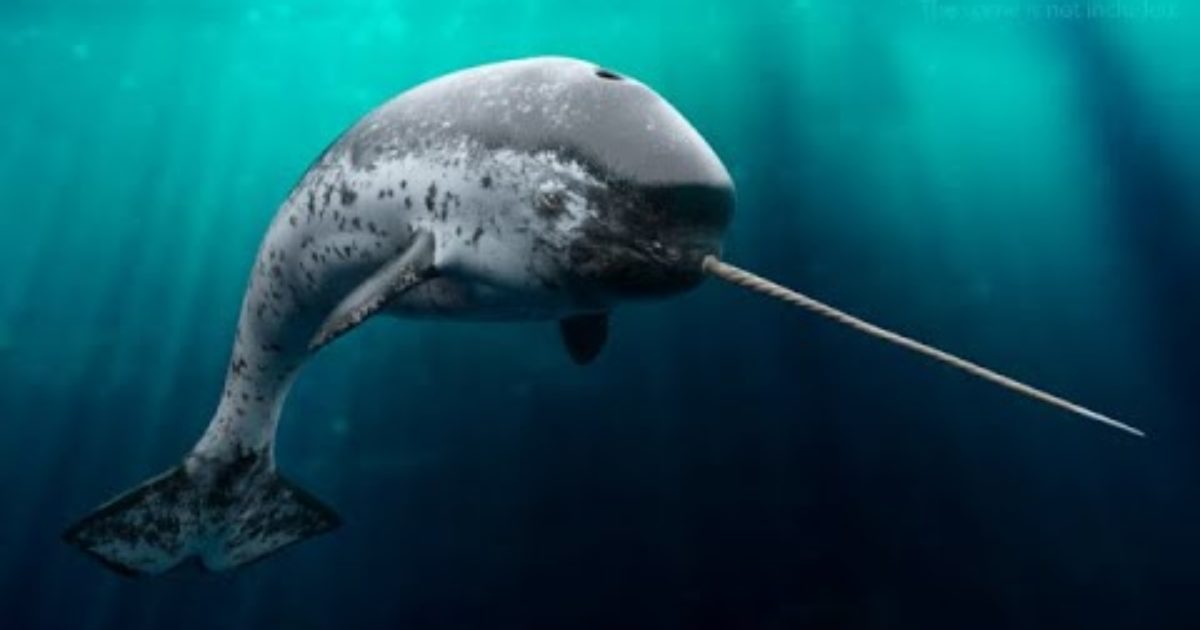 Nature is astounding, it’s hard for me to pick which of God’s creatures fascinates me more, but if I did have to choose one, it would be the Narwhal. Often called the “Unicorn of the sea”, narwhals are strange and beautiful creatures with long tusks protruding from their heads. Members of the population of more than 80,000 can weigh up to 4,200 pounds and grow as long as 17 feet in length. It is a pale-colored porpoise found in Arctic coastal waters and rivers.

These legendary animals have two teeth. In males, the more prominent tooth grows into a swordlike, spiral tusk up to 10 feet long. The ivory tusk tooth grows right through the narwhal’s upper lip. Scientists are not certain of the tusk’s purpose, but some believe it is prominent in mating rituals, perhaps used to impress females or to battle rival suitors. Females sometimes grow a small tusk of their own, but it does not become as prominent as the male’s.

Narwhals are related to bottlenose dolphins, belugas, harbor porpoises, and orcas. Like some other porpoises, they travel in groups and feed on fish, shrimp, squid, and other aquatic fare. They are often sighted swimming in groups of 15 to 20, but gatherings of hundreds—or even several thousands—of narwhals have been reported. Sometimes these groups become trapped by shifting pack ice and fall victim to Inuit hunters, polar bears, or walruses.

Inuit people hunt the narwhal for their long tusks and their skin, an important source of vitamin C in the traditional Arctic diet.

Some conservation scientists consider the narwhal to be near threatened with extinction because of “climate change”, but I don’t believe that, “man” is usually the cause of extinction of many species, especially in the last 300 years. Hopefully we can do something about that, so we don’t lose any more animal species with our reckless behavior.