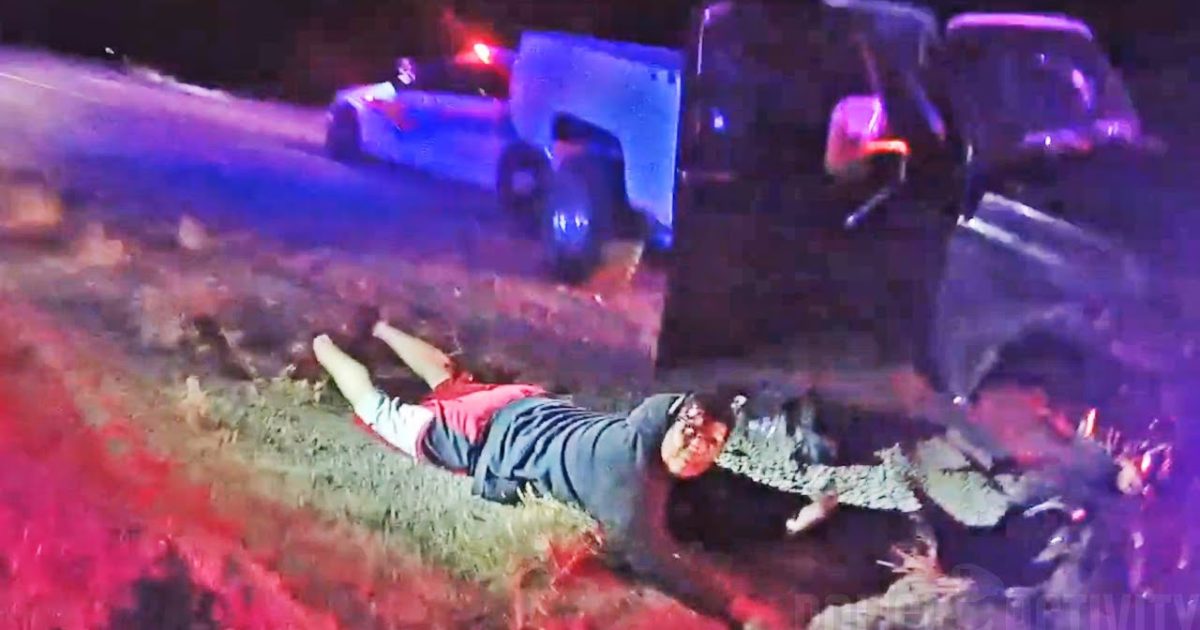 The reason I publish these police videos here at Great American Outdoors is simple, I know that the majority of Democrats controlled cities are defunding, demonizing and demoralising their own police departments. Not only is that disgusting, but these democrat politicians are literally painting a target on the backs of their own cops. It’s no wonder that police departments across the country are seeing police either retire, or flat-out quit, because the cities that are supposed to be supporting them..aren’t. These brave men and women need and deserve our support and we can do this, by voting-out of office these rotten politicians.

Sparks, Nevada — The Sparks Police Department released body camera footage of a shooting of a suspect who led authorities on a chase from Sparks to the Derby Dam area on May 5, 2020. The suspect was identified as 39-year-old sparks resident, Joseph Patrick Williams. The sparks police department received a call from a store clerk at the convenience store at 1701 Victorian avenue. The clerk stated, Williams stole alcohol and left the store in a gray and black truck.

Officers were nearby when the call was received and arrived on scene less than one minute after being dispatched. Responding officers located a dark-colored truck being driven by Williams, which matched the description provided by the reporting party. Officers attempted to stop the vehicle however Williams continued to drive erratically by periodically stopping and then driving off again.

While officers were attempting to stop the vehicle, they heard what they believed was a possible gunshot coming from the truck. Officers also learned Williams had previously been arrested, for battery with a deadly weapon and eluding officers. Williams continued driving without stopping and ran several red lights. Williams eventually turned north off of Glendale avenue and stopped at a dead end on Dermody way.

Due to the Williams erratic actions and criminal history officers did not approach him. Williams refused to exit the truck and told officers to approach the vehicle instead. For over 10 minutes, officers on scene attempted to de-escalate the situation by negotiating with Williams. Williams then drove into a fence in an apparent attempt to leave the area.

Officers were unable to safely contain Williams in the dead end and used a (Pursuit Immobilization Technique) or PIT, to stop Williams from leaving. The PIT was unsuccessful and Williams drove towards I-80 and entered the freeway with the vehicle headlights off. Williams continued to drive on the interstate without headlights on.

Williams then crossed the median and momentarily drove into oncoming traffic. Due to the immediate risk to the public a second PIT was performed and successfully stopped the vehicle. After the truck was stopped, Williams again attempted to leave the area, by driving the truck towards officers, by hitting their patrol cars. As Williams continued to drive the truck towards officers, officers fired their service weapons at Williams.

Williams continued to attempt to drive away but could not due to his truck being disabled. Williams condition was not immediately known to the officers and medical attention was requested. Officers could see Williams moving in the truck, but he would not respond to their commands. Because of the Williams criminal history, the officers hearing a possible gunshot during the pursuit and his erratic behavior, officers on scene did not approach the vehicle and continued to order the suspect to exit.

Williams eventually exited the vehicle and was taken into custody without further incident. Williams was transported to a local hospital and treated for his injuries. Williams survived his injuries and was later booked into the Washoe County Detention Facility. The investigation later revealed, a black semi-automatic handgun on the floorboard of the passenger compartment of Williams vehicle.