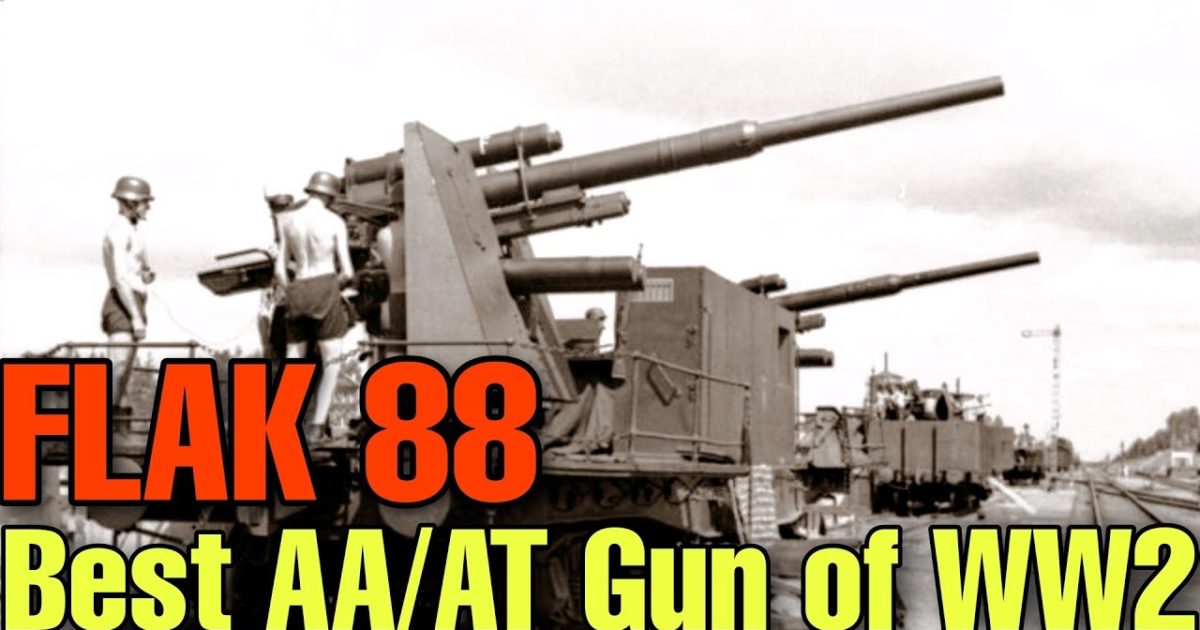 If there was one single piece of artillery that the Allies feared in World War II, it was the German 88. This weapon was not only powerful, but also very versatile. It could be used as an anti-aircraft gun, which was it’s primary purpose, but also as an anti-tank and anti-personnel as well.  The Germans mounted the 88 on the dreaded Tiger I and King Tiger tanks, this along with these tanks thick armor made them almost indestructible. And Because of the 88’s incredible range, it could destroy Allied tanks at a greater distance.

The “88” was the most famous and feared artillery weapon of World War II.  Krupp company designers, working in Switzerland to avoid post-World War I treaty restrictions, developed the gun in the late 1920s.  The famous “flak” gun got its name from the German word Flugabwehrkanone, meaning aircraft defense cannon.  During the Spanish Civil War, German troops fired the guns at oncoming tanks and fortified bunkers with very effective results.

This success in combat led to versions of the 88 mm equipped to engage ground targets that were in view or barrage enemies from long range.  The gun’s high muzzle velocity and heavy projectile made the “88” particularly effective against heavily-armored vehicles.  The weapon was rugged, hard-hitting, and adaptable.

Across Occupied Europe during World War II, 88 mm guns were often employed to fire at high-flying Allied bomber formations.  The heavy gun could propel its 20.25-pound high-explosive shell to altitudes beyond 30,000 feet at a rate of about 15 projectiles per minute.  When an “88” shell hit directly, it often completely destroyed a bomber.

The versatile gun earned nearly mythical status among Allied flyers, infantrymen, and tank crews.  Beleaguered troops often attributed bombardment from other types of weapons to the much-feared and seemingly ever-present “88.”  One Australian soldier commented that the 88 mm gun was not only an effective anti-aircraft or anti-tank weapon—“it was anti-everything.”

Now sit back and watch as the single most feared gun in World War II does what it was made to do.