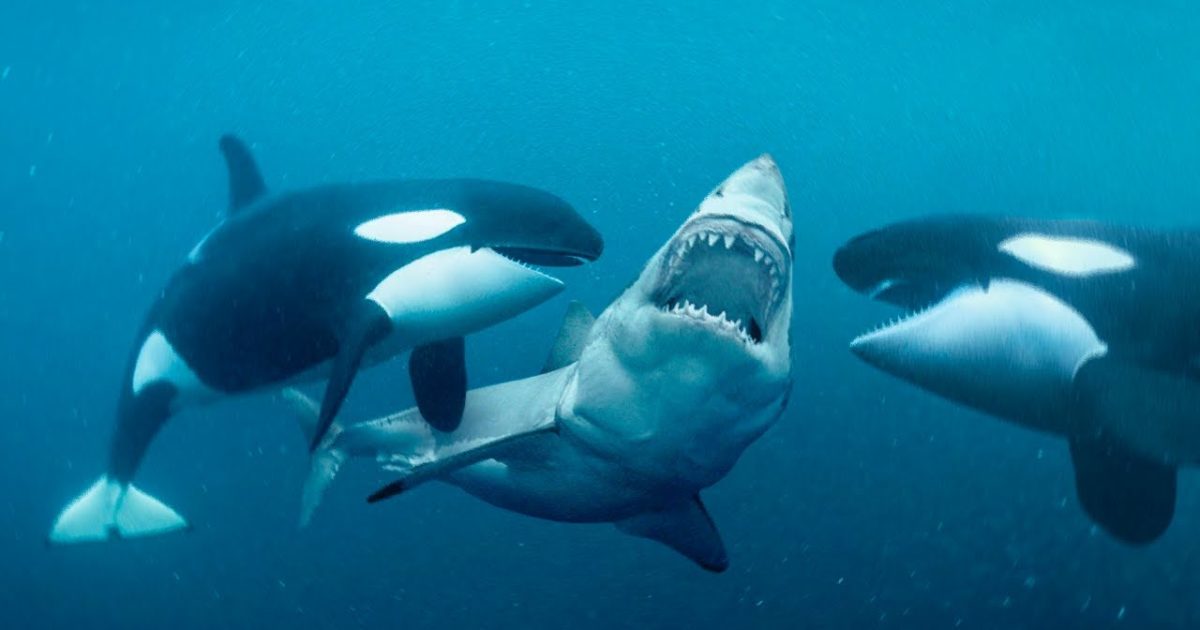 When we think of apex oceanic predators, usually people think about one species; the great white shark. And there is good reason to think so, great white’s have a well deserved reputation as being a top predator in the ocean. But what if I were to tell you that there is another species that ranks above the great white shark, what would you think? Well, that animal would be the Orca, or as it’s commonly known as, the “Killer Whale”.

Here are some facts about these predators:

Orcas (Orcinus orca) are often called killer whales, even though they almost never attack humans. In fact, the killer whale name was originally “whale killer,” as ancient sailors saw them hunting in groups to take down large whales, according to Whale and Dolphin Conservation (WDC).

Today, orcas are recognized as among the most widely distributed mammals on the planet, occupying every ocean. They are incredibly social, diverse and ferocious marine predators with a diet ranging from penguins to great white sharks

.Orcas are the largest members of the dolphin family. Males are bigger than females, but they vary in size and weight, depending on the type of orca. The largest orca ever recorded was a staggering 32 feet (9.8 meters) long and weighed 22,000 lbs. (10,000 kilograms), according to SeaWorld. That’s longer and heavier than most motorhomes.

Orcas are apex predators, at the top of the food chain. No animals hunt orcas (except for humans). Killer whales feed on many different types of prey, including fish, seals, sea birds and squid. They can also take down whales larger than themselves, such as minke whales, and they are the only animal known to predate on great white sharks, according to The Natural History Museum in London. Killer whales have even been reported to kill swimming deer and moose, according to a chapter on orcas in “Primates and Cetaceans” (Springer, 2014).

Killer whales are protected in the U.S under the Marine Mammal Protection Act (MMPA). Southern resident killer whales are also listed under the Endangered Species Act as they are at particular risk of extinction, due to threats like noise from boat traffic and a decline in the salmon population — their preferred food.