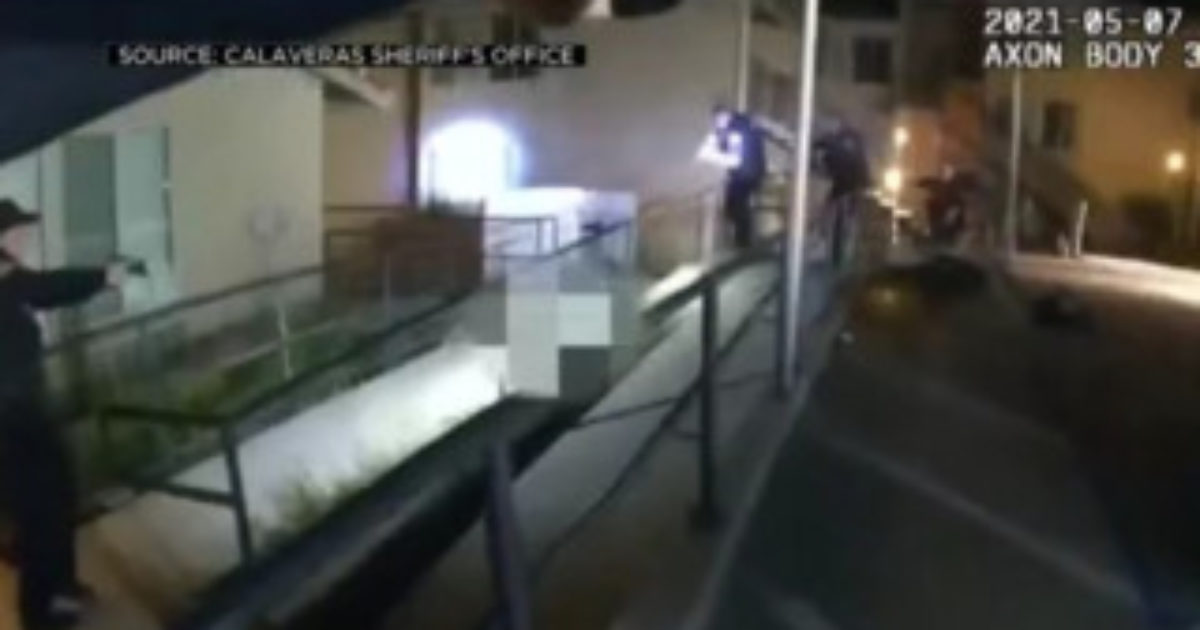 ** (Disclaimer: The video content in this article is intended for educational and informational purposes only) **

It seems all we hear these days is disgusting and false rhetoric from left-wing politicians like Congresswoman Cori Bush and other members of the “Squad”, coupled with half-truths and “edited” bodycam footage from networks like CNN and MSNBC regarding the police. Their mission, is to portray police as evil murderers out for blood on American streets happy to shoot a suspect (a ‘black’ suspects of course) without so much as warning. Nothing could be further form the truth.

Ask any police officer and they will tell you, that the last thing they want to do is take a life…any life.  The reason I publish these videos here at Great American Outdoors, is so that you will see for yourself, that when a police officer has to draw his (or her) weapon, it’s because that their life, or the life of an innocent victim is in mortal danger. We don’t have a “gun problem” here in the United States, we have a “crime problem” and that is because those same left-wing politicians and District Attorneys are giving criminals a free pass in almost every single Democrat controlled city across the country.

Hopefully, after watching the video below, you will have a greater understanding of what it is, that these brave men and women deal with on a daily basis, so that when your ‘liberal’ friends disrespect the police, you can tell them just how wrong they are to do so.

San Andreas, California — The Calaveras County Sheriff’s Office released videos regarding the officer-involved shooting and hostage situation that occurred on May 6th, 2021. On May 6, 2021, at about 10:39 PM the Calaveras County Sheriff’s Communication/Dispatch Center received a 911 call regarding a male and female in an argument at the Sierra Inn Motel, San Andreas California. 911 audio where callers told dispatchers that a man had pointed a gun at a woman’s head. One caller from the released audio noted that a little girl was in the room with them.

The suspect was ultimately identified as 47-year-old Mark Aitulagi Lavea. Deputies were dispatched to investigate however, Lavea left before their arrival. Deputies initiated a domestic violence investigation and began searching the area for Lavea. A deputy was interviewing the victim in the 500 block of Lewis Ave., San Andreas near the Diamond Place Apartment Complex when Lavea ambushed the deputy and victim. During the ambush, Lavea shot the deputy in the upper body.

The deputy was able to get the victim to safety. Additional deputies, California Highway Patrol Officers and the Angels Police Department responded to the scene and began searching the apartment complex for Lavea. While searching, Lavea emerged from an apartment holding, what appears at this point, to be an uninvolved elderly female hostage with a firearm. The deputies attempted de-escalation tactics and attempted talk Lavea into releasing the hostage. Lavea refused commands and posed an immediate threat to the victim. Shots were fired and Lavea was struck.

The hostage was also struck by gunfire. Deputies found the Lavea’s weapon at the scene and booked it into evidence. Deputies administered first aid to Lavea and hostage until fire and emergency medical personnel arrived on scene. Lavea was pronounced dead at the scene. The female hostage was transported by air ambulance to a regional trauma center for further treatment. The original deputy who was struck by gunfire was also transported by air to a regional trauma center for treatment. Both the deputy sheriff who was shot by Lavea and the hostage survived.