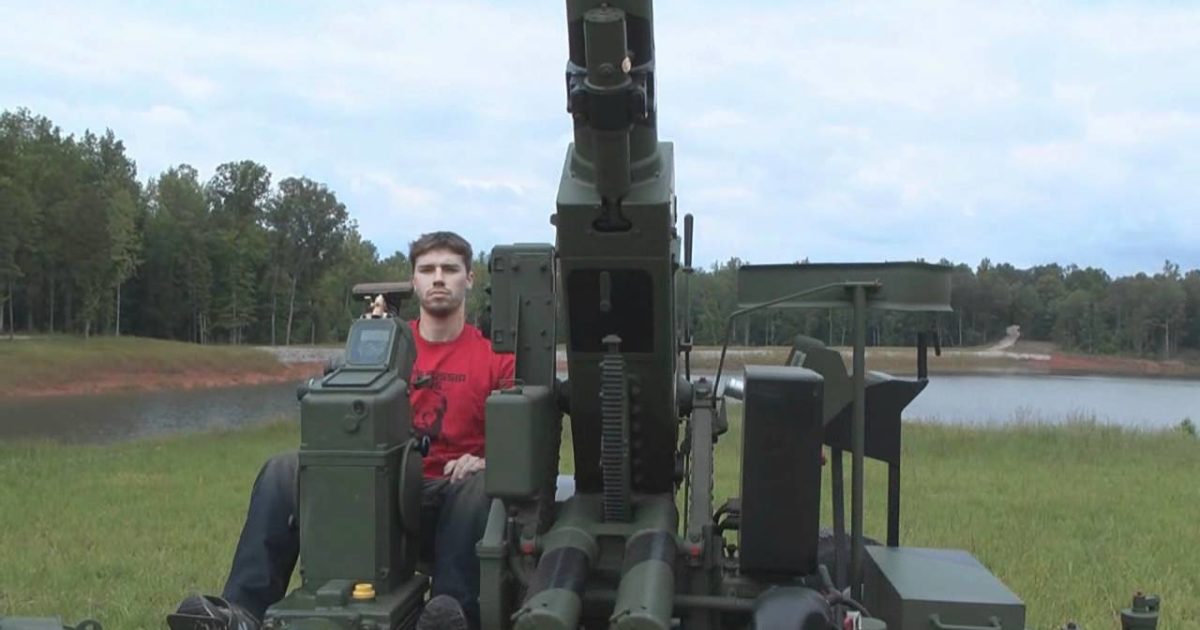 I want to apologize for the title of this article, because there is absolutely nothing “casual” about the Bofors 40mm gun, I mean, this thing is a beast and it has an appetite to match!!

Just imagine for a minute that you are a Japanese pilot trying to sink an American ship in the pacific ocean during WWII, this is the gun that the Americans are shooting at you to bring you down, because only ONE HIT will destroy your aircraft.

The Bofors L70 40 mm auto-cannon has a cyclic rate of 320 rounds per minute and an effective range of 4000 meters against both airborne and ground targets. Newer, faster-firing versions of this weapon are still in production by Breda as well as Bofors.

It was one of the most popular medium-weight anti-aircraft systems during World War II, used by most of the western Allies as well as some captured systems being used by the Axis powers.

Bofors is actually a Swedish company, and Sweden was neutral in World War II. The gun is still produced today, and is still seeing action.

In an article at navweaps.com they had this to say about this gun:

Probably the best automatic cannon anti-aircraft weapon of World War II, Bofors guns of this type remained in service long after the war ended. This weapon was used on almost every major USA and UK warship of World War II and was a very potent AA gun.

The US Army was also interested in this weapon and tested a single air-cooled model in 1937. In 1940 the Chrysler Corporation agreed to begin manufacturing air-cooled guns utilizing British blueprints. The USN acquired many of these air-cooled guns during the war, although the quantity used was far less than that of the water-cooled guns.

The US Navy had a good deal of pre-war interest in this weapon and BuOrd purchased a sample of an air-cooled twin version from Bofors in early 1940. This arrived in New York from Sweden on 28 August 1940. During the same month, the Dutch escort vessel van Kinsbergen demonstrated these weapons to USN observers in a test off Trinidad.

BuOrd formally obtained Swedish licenses in June 1941, although some manufacturing actually started prior to that time. Terms of the license included $500,000 for the manufacturing rights plus $100,000 for two Bofors engineers to help set up production. The two engineers were never sent, so as a result this $100,000 was not paid. Bofors delivered a complete set of metric drawings as part of their end of this contract.