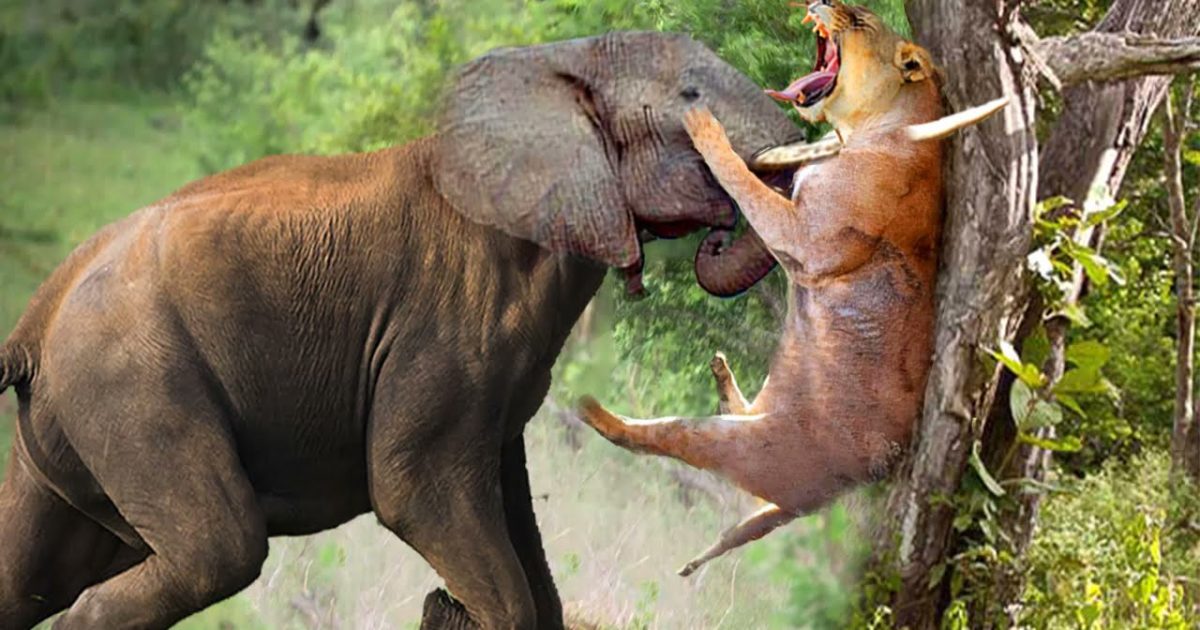 Usually when we think of elephants, we envision a docile, slow moving giant who really can’t be bothered by the world around it. Well, elephants are highly intelligent animals with a very complex range of social behaviors. The video below shows what happens when these giant animals get pissed-off, everyone runs for cover, or at least they should. Sadly, these magnificent animals are still hunted for their tusks and in order for poachers to get the ivory, they end-up killing the animal.

Despite a ban on the international trade in ivory, African elephants are still being poached in large numbers. Tens of thousands of elephants are being killed every year for their ivory tusks. The ivory is often carved into ornaments and jewellery – China is the biggest consumer market for such products.

Here is some information about these animals:

Adult males and females live separately in differently structured societies. The basic family unit, known as a breeding herd, is a group of related females consisting of a mother and young with her grown daughters and their offspring. The activity of the group and their movements are set by the ‘matriarch’, recognizable as the largest cow in the herd. She normally walks at the front of the herd, with another large female taking up the rear. If disturbed, the elephants will gather around the matriarch and follow her lead.

Elephants are usually peaceful animals. Females may, however, be aggressive when young calves are present and bulls can be exceptionally aggressive during musth. All elephants may become aggressive when sick, injured or harassed.

Elephants react to threats or challenges in three different ways. Dominance or threat displays are designed to demonstrate the superior strength and social position of the individual. They may look towards the threat, spreading their ears out. ‘Standing tall’, they raise their head and tusks high. Head-shaking and trunk-swishing can also be seen.

Elephants may run at the threat in a demonstration or real charge. Most charges are mock charges which are broken off before the target is reached. However if an attack is followed through, an elephant is quite capable of killing another elephant, other animals (including humans) or wrecking cars.