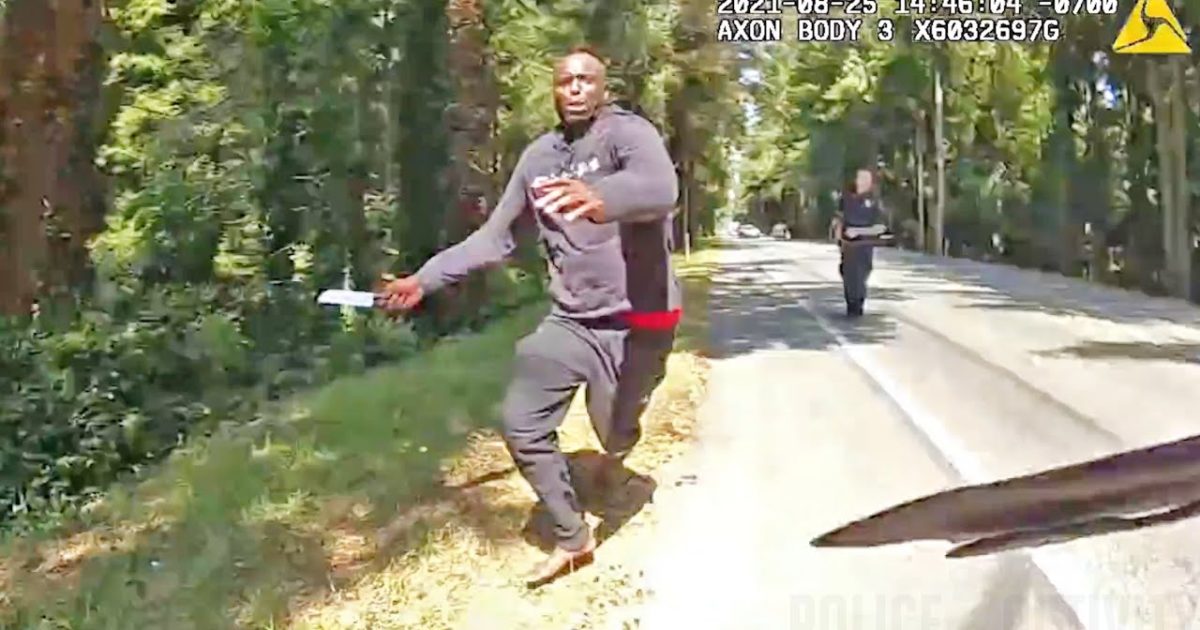 This incident did NOT have to happen! As God as my witness, this man was okay, he dropped the knife and the situation was defused. What ever possessed him to pick-up the knife and charge at the officer is a complete mystery to me.

It’s as if he made a split-second decision to die, because what did he think the outcome would be when he did what he did, it boggles the mind.

In almost every situation when the police are involved, it is the suspect who dictates what will happen to him, you can cooperate with the police and survive, or, you can make the conscious decision to attack the police and either get tased, or get shot, it’s THAT simple.

Here is a written description of what went down:

The incident began at approximately 2:45 p.m. on August 25, 2021 when the Crescent City California Highway Patrol (CHP) officers and Del Norte County Sheriff’s Department (DNCSO) deputies responded to the scene of a disabled vehicle that was blocking the roadway at Parkway Drive and Sherwood Lane in Crescent City, CA.

Upon their arrival, they located Anderson holding a knife and walking in the traffic lanes. Body camera footage shows the officer who joins a group of officers already around Anderson, standing at the side of the road. At that time Anderson is unarmed but close by is a knife on the ground.

The officers attempt to get Anderson to move away from the knife. Anderson refuses and talks to a woman who is off camera. Then in one swift move he scoops up the knife and charges toward the officer. Anderson was shot by officers during the incident.