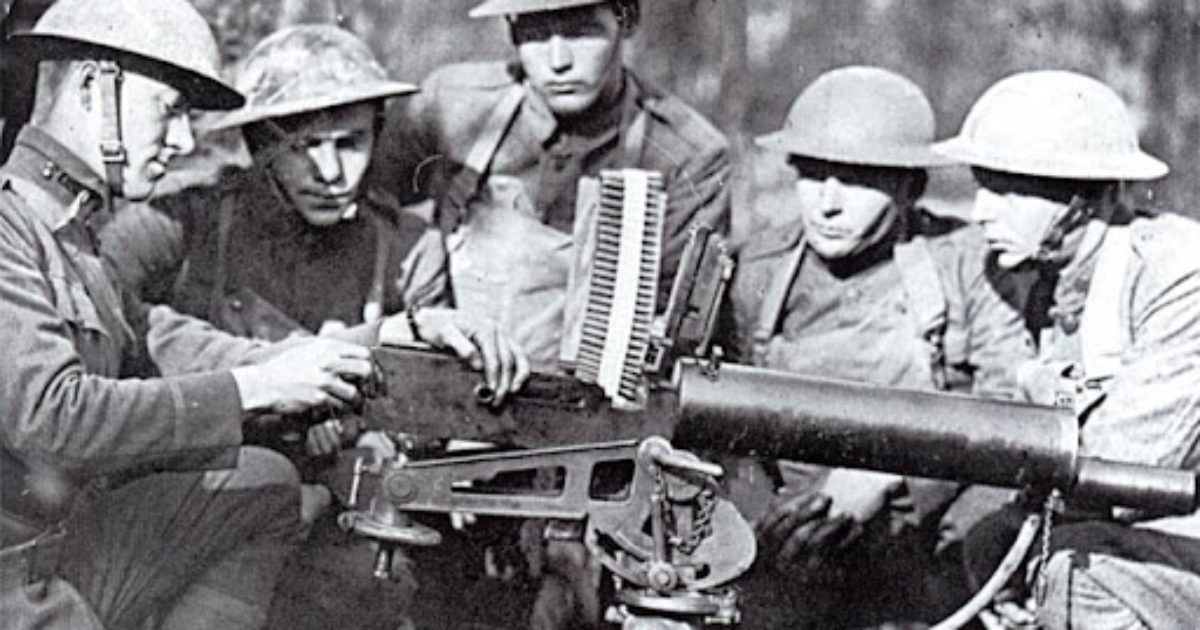 With the assassination of Archduke Franz Ferdinand of Austria and his wife, Sophie, Duchess of Hohenberg, the world erupted into war that lasted from 28 July 1914, to 11 November 1918. One new aspect of this war was “Trench warfare”, a new type of land warfare using occupied fighting lines largely comprising military trenches, in which troops are well-protected from the enemy’s small arms fire and are substantially sheltered from artillery.

Trench warfare is a type of combat in which the opposing sides attack, counterattack, and defend from relatively permanent systems of trenches dug into the ground. One new and terrifying weapon that made it’s debut on the battlefield then, was the Maxim gun, or machine gun. This took slaughter to a whole new level and because of this weapon, more men died on the battlefield than ever before in world history.

The German’s used this particular weapon with lethal efficiency and because most of the armies fighting in Europe then had not adjusted their tactics of attack, many tens of thousands of men paid the ultimate price with their lives, mowed-down by this new weapon.

Since the United States of America did not enter the war until April 6, 1917, our Army was not up to full battle strength and our weapons weren’t as good as our European counterparts. When our troops first fought, we didn’t have a real machinegun of our own and we subsequently, used the French made machinegun, the Chauchat.

Our troops found out very quickly, that this weapon was really not very good. The Chauchat turned out to be terribly unreliable. Under ideal conditions, a clean, well-maintained Chauchat would jam after firing 300 rounds. … In quality control tests conducted by the American Expeditionary Forces, the Chauchat had a dreadful 40-percent rejection rate.

The United States finally came up with their own machinegun and the M1917 Browning machinegun, made it’s way onto the battlefield.

In 1900, John Moses Browning filed a patent for a recoil-powered automatic gun. Browning did not work on the gun again until 1910, when he built a water-cooled prototype of the 1900 design. Although the gun worked well, Browning improved the design slightly. Browning replaced side ejection with bottom ejection, added a buffer for smoother operation, replaced the hammer with a two piece firing pin, and some other minor improvements. The basic design of the gun was still the 1900 design. 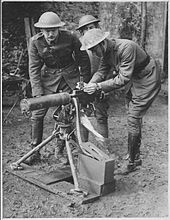 The Browning is a water-cooled heavy machine gun, though some experimental versions were made that did not use a water jacket; the air-cooled M1919 was later developed as a medium machine gun. Unlike many other early machine guns, the M1917 had nothing to do with Maxim’s toggle lock design. At 47 pounds (21 kg), it was much lighter than contemporary Maxim type guns such as the first 137-pound (62 kg) German Maschinengewehr 08 (08/15 model: 43 lb (20 kg) and the British Vickers machine gun, while still being highly reliable. The only similarities with the Maxim or Vickers are the principles of recoil operation, T-slot breechblock, “pull-out” belt feed, water cooling, and forward ejection. Its sliding-block locking mechanism saved weight and complexity, and was used in many previous Browning designs. The belt fed left-to-right, and the cartridges were stacked closer together than Maxim/Vickers (patterns copied by most guns later).

Below, I will place two videos, one explaining about the weapon and another showing the weapon being fired.