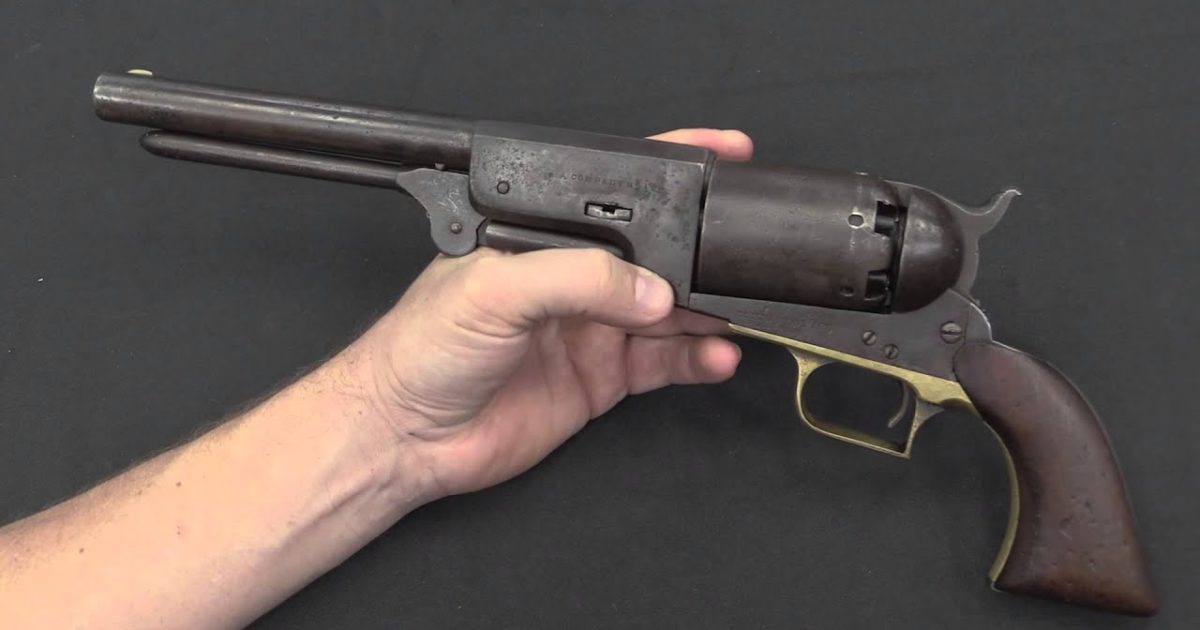 The “Walker Colt” is one firearm that has quite a history behind it, from it’s creation, to it’s historic use, due to it’s size and caliber, this is one pistol you wouldn’t want to be on the receiving end of when fired.

The Colt Walker, sometimes known as the Walker Colt, is a single-action revolver with a revolving cylinder holding six charges of black powder behind six bullets. It was designed in 1846 by American firearms inventor Samuel Colt to the specifications of Captain Samuel Hamilton Walker.

Together, Walker and Colt created the 1847 Colt Walker single-action revolver and forever altered history. Everything Walker hoped for was present in this incredible new handgun. At 4.5 pounds (unloaded) in weight, the Colt Walker featured a 9-inch barrel that fired a .44 caliber bullet. It could effectively shoot projectiles 100 yards with the same muzzle energy as a .357 magnum.

In the months before the invention of the 1847 Colt Walker, the Republic of Texas was embroiled in the depths of the Mexican-American War, fighting for territories and ownership against a challenging opponent.

When the war began, Texas and its soldiers relied on the Paterson Holster Pistol, a five-shot revolver that fired .36 caliber projectiles. Walker, as a captain for the Republic of Texas forces, quickly recognized that the Paterson was not efficient.

Some soldiers relied on the single-shot Aston Johnson handgun instead, finding it easier to holster and fire in the heat of battle. These, however, took far too long to reload before firing additional shots. Walker knew that the Texas forces needed an easily accessible, lightweight, and powerful weapon – exactly what he and Colt created. So, as soon as the Colt Walker was ready for action, the Texas military ordered 1,000 of them to be used in the ongoing war.

Of course, Walker and Colt needed a manufacturer who could turn their creation into a mass-produced product. The men joined forces with Eli Whitney, Jr. He filled the Republic of Texas order and even produced an additional 100 handguns as promotional gifts for Walker and Colt to hand out or sell at their discretion.

Once produced, they were sent off to Veracruz and into the hands of soldiers ready to wield the most powerful weapon in American history.