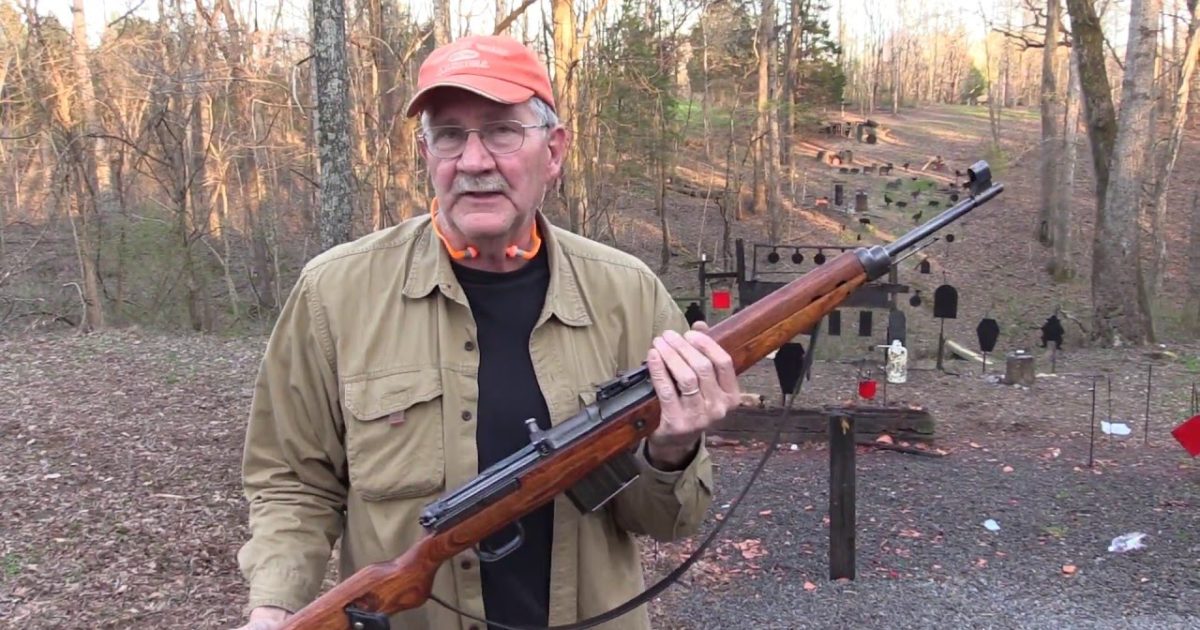 Say what you will about the German Army in WWII, but they did have some of the most innovative weapons in the world at that time in history. True, it was the Americans who had the very first semi-automatic battle rifle in the world and at that time.

The M1 Garand rifle was a very simple yet sophisticated weapon, but, the Germans weren’t all that far behind the Americans when it came to weapons development.

During the 1930’s and up until the end of the war in 1945, Adolph Hitler really wasn’t a big proponent of semi-auto / full auto rifles. You have to remember, Hitler was a veteran of World War I and as far as he was concerned, the Gwehr 98 (German Mauser) was good enough.

Here’s a little bit about the rifle that our good buddy Hickok45 is using in the video below:

The Gewehr 43 or Karabiner 43 is a 7.92×57mm Mauser caliber semi-automatic rifle developed by Germany during World War II. The design was based on that of the earlier G41, but incorporated an improved short-stroke piston gas system similar to that of the Soviet Tokarev SVT-40

But, when put up against the M1 Garand, it was apparent that the Gewehr 43 was outclassed by the M1’s superior machined parts, extremely reliable design, better gas system, better sights, faster and more reliable en-bloc clip system, simplicity and ease of maintenance, as well as it being general issue to all infantry.

Some people asked how common was this particular rifle during WWII? It was accepted and entered into service as the Gewehr 43, renamed Karabiner 43 in April 1944, with production amounting to just over 400,000 between 1943 and 1945.