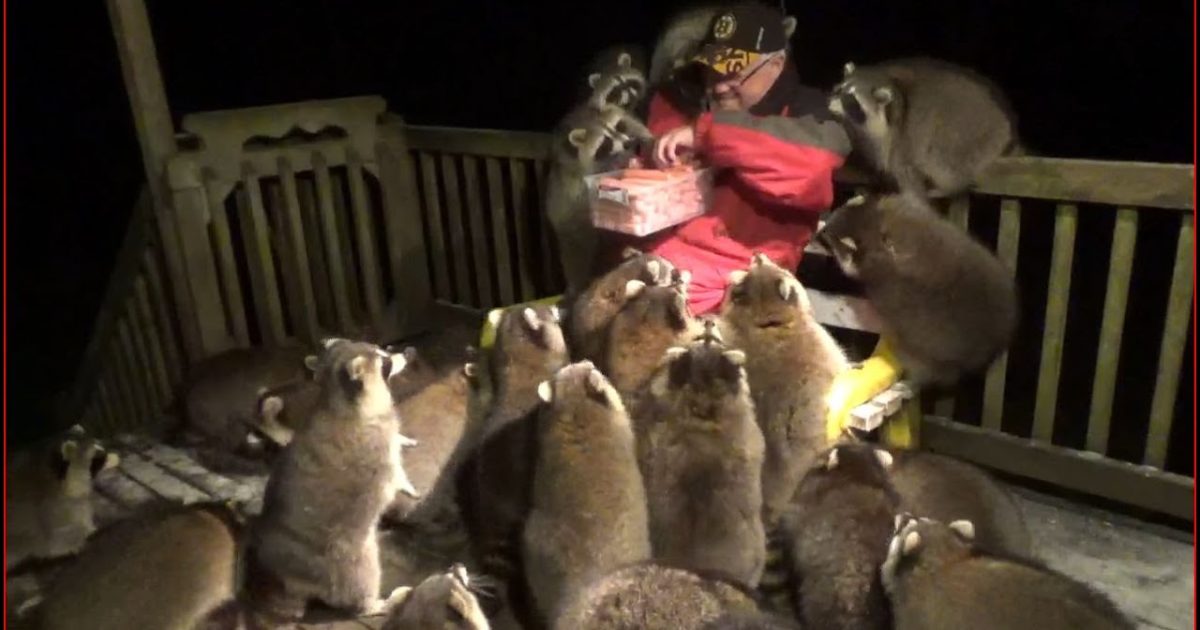 To some, racoons are one of those critters that fall in to the “cute & cuddly” category, to others, they’re awful little pests that eat your garbage and cause serious damage to your home and property.

But if your home is surrounded by trees, or even skyscrapers (which they’ve been known to scale), raccoons are likely part of your local wildlife population. They are some of the most adaptable creatures in the Americas, occupying both rural and urban areas in diverse climates.

Regarding the man in the video below, this guy must love these critters, because anyone who would do what he does, genuinely loves animals. James Blackwood is a retired RCMP Officer living in a rural setting in Nova Scotia, Canada and calls himself the “Racoon Whisperer”. He spends his time enjoying nature and feeding his furry friends, the raccoons. He also feeds the deer in the winter months and many varieties of birds. THAT my friends, is a real nature lover for you!

Everybody loves racoons, so what I thought I’d do, is fill you in on a few facts about these animals.

Wikipedia has this to say about the racoon:

The raccoon, sometimes called the common raccoon to distinguish it from other species, is a medium-sized mammal native to North America. It is the largest of the procyonid family, having a body length of 40 to 70 cm, and a body weight of 5 to 26 kg.

Here are some other facts regarding these animals:

Raccoons are known for their ringed tails and the masked markings around their eyes. In fact, it’s because of this mask that they’re often portrayed as bandits, spies or ninjas in cartoons.

Here are 9 Riveting Facts About Raccoons: