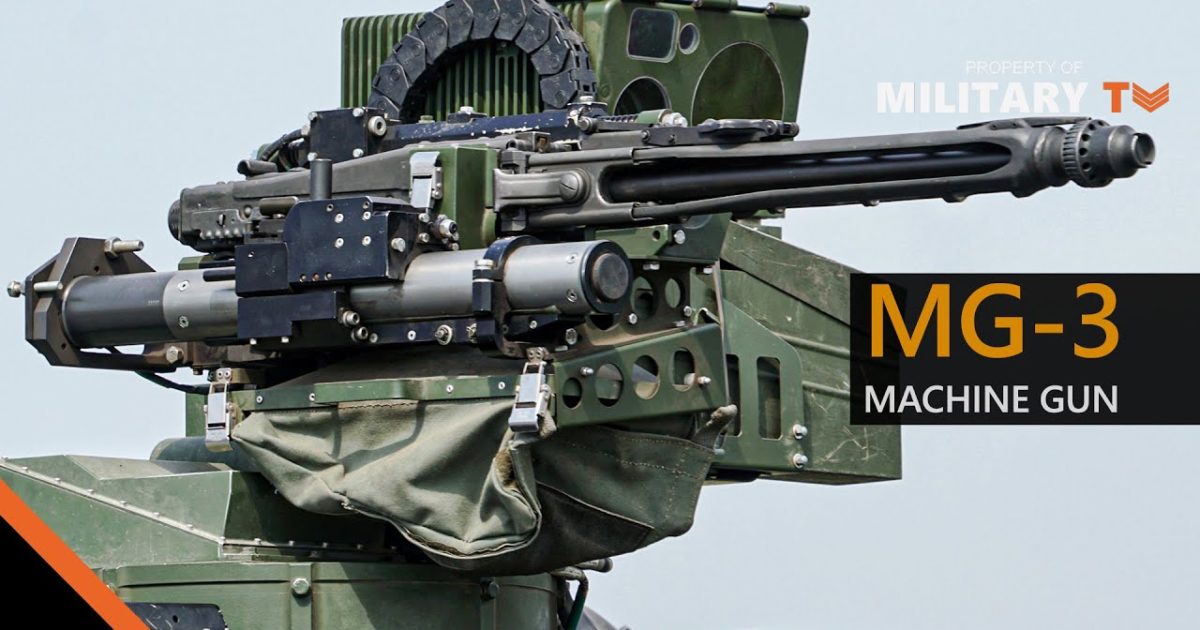 If you are a war history buff, I already know what you’re going to say…and the answer is “yes”, the MG-3 is nothing more than a re-calibrated MG-42. Some may wonder why the Germans just didn’t make a completely new machinegun and the answer is simple, “if it ain’t broke, don’t fix it”. The MG-42 was one of the best machineguns in World War II and so it makes perfect sense to just improve on the original design.

At the end of World War II the original technical drawings and data for the 7.92×57mm Mauser chambered MG 42 were captured by the Soviets. These would eventually find their way to Czechoslovakia and Yugoslavia. Rheinmetall had to reverse engineer the first postwar machine guns from an original MG 42 machine gun.

Production of the first postwar variant of the MG 42 chambered for 7.62×51mm NATO ammunition (designated the MG 1) was launched in 1958 at the Rheinmetall arms factory as requested by the Bundeswehr. Shortly thereafter, the machine gun was modified, receiving a chrome-lined barrel and sights properly calibrated for the new round; this model would be named the MG 1A1 (known also as the MG 42/58).

In 1968, the MG 3 was introduced and entered production. Compared to the MG 1A3, the MG 3 features an improved feeding mechanism with a belt retaining pawl to hold the belt up to the gun when the top cover plate is lifted, an added anti-aircraft sight and a new ammunition box. MG 3s were produced for Germany and for export customers by Rheinmetall until 1979. The preceding non-MG 3 variant machine guns in the Bundeswehr inventory were gradually converted to the MG 3 standard. Some additional production of the MG 3 in Germany was carried out by Heckler & Koch. The MG 3 and its variants all share a high level of parts interchangeability with the original MG 42.