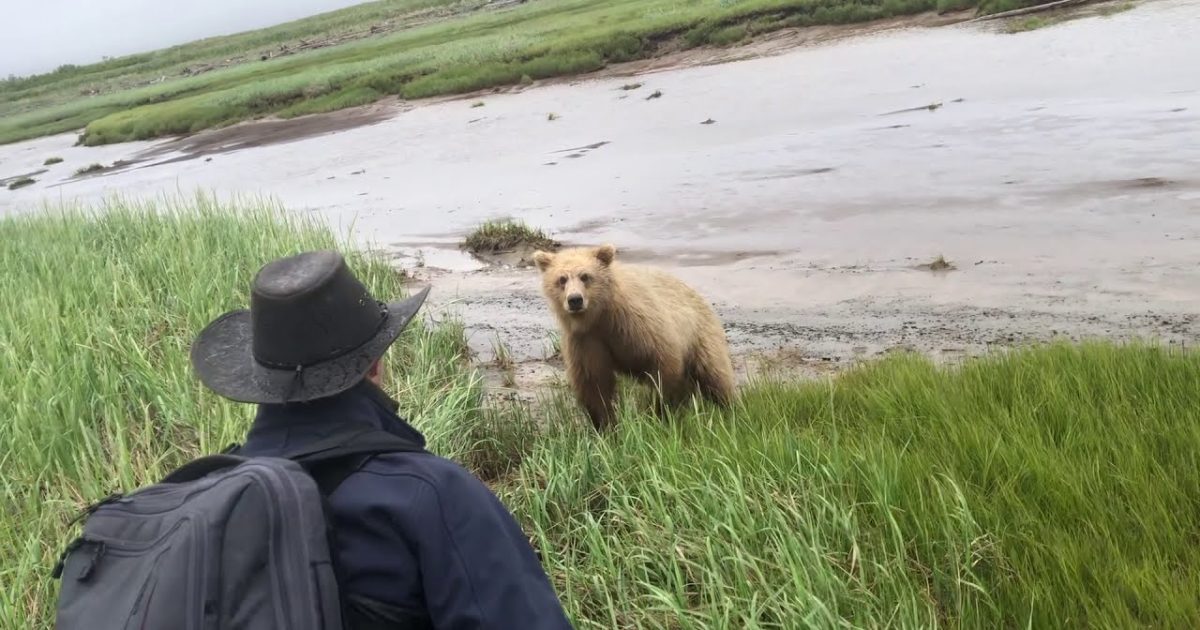 I really have to hand it to the guy in the video below, not many people could handle a situation like that and not have to change their underwear afterwards. Now, certain experts will say that one of the things you should not do, is scream, or yell at the bear, but in the case of the man in the video below, it did work.

You will notice that the man in the video was protecting a small child and there was another person filming the encounter, so I’m assuming that since there was more than one person, that the bear was slightly intimidated. Also, the man did have a pistol in his right hand, and while a handgun isn’t the best protection against a large apex predator, it’s better than nothing.

I’m going to give you some helpful tips as what to do if you do encounter a bear in the wild.

Before visiting “bear country” familiarize yourself with the area and necessary safety precautions in order to avoid bear encounters. “Run for your life” may seem like common sense if a grizzly approaches you, but such action is highly unlikely to foil an attack, because if you do run, then you automatically become “prey”. The recommended steps are not easy to follow, but they do offer the best chance for survival.

Here’s what the experts say: