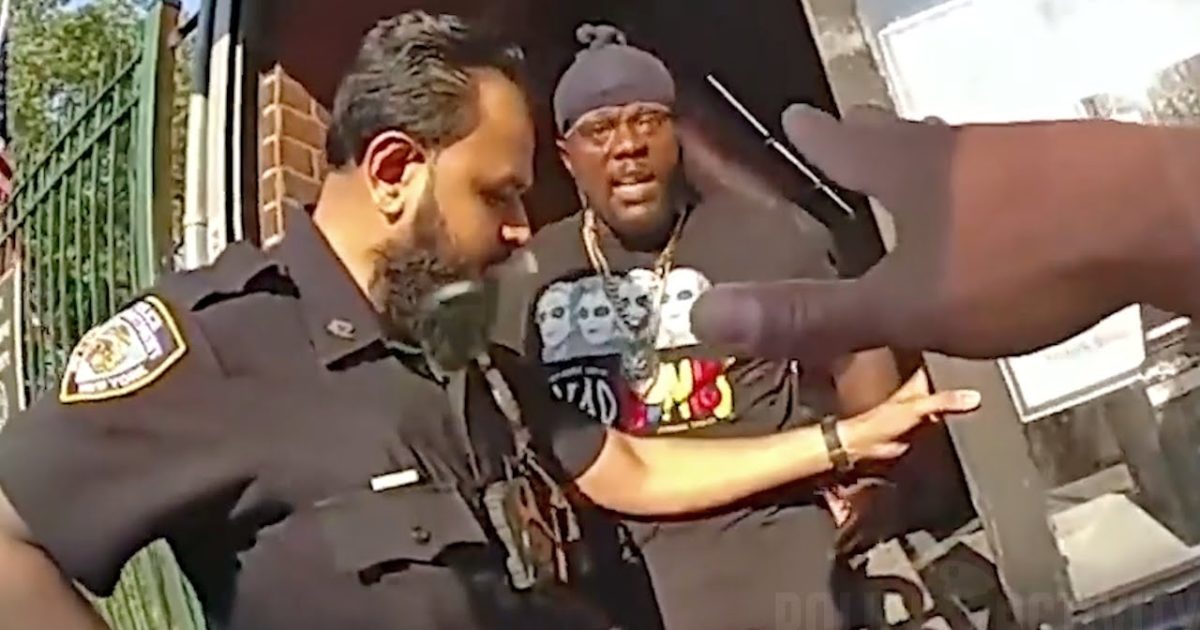 Police all over the country are under assault by the criminal element and it’s all because the mayors of these cities, most of who are Democrats, have not only cut their funding, but are also taking away their Qualified immunity. This action alone has virtually painted a target on the backs of cops all across the country.

Criminals no longer fear the police and that is why we are seeing an unprecedented rise in violent crime in every major democrat controlled city. More that ever, we as free citizens need to support these brave men and women who wear the blue.

What needs to be done, is we have to vote out of office these dangerous politicians (Mayors AND City Council members) and also get rid of these George Soros funded District Attorneys, it is because of them, that criminals are not being prosecuted and punished like they deserve.

Here is a description of what you will see and hear in the video below:

Bronx, N.Y. — NYPD released body-camera video of an officer-involved shooting that occurred on May 19th, 2021 in the confines of the 42nd Precinct. The footage shows 39-year-old suspect Calvin Peterkin breaking free from Officers Lewellyn Alvarez and Imran Alli and taking off down East 174th Street.

Peterkin argued with Boost Mobile employees inside the store around 6:20 p.m. on Thursday and then pulled out a gun and menaced the workers, police said. Police were called and when they arrived, they found themselves face to face with him.

When Alvarez and Alli confronted Peterkin at the store’s entranceway, Peterkin insisted he did nothing wrong, before running past Alli and shielding behind a parked ice cream truck. At a close distance, Peterkin fired twice at Alvarez, before Alvarez returned fire five times. Alli also discharged his weapon three times from roughly 50 feet away.

Peterkin got away, running down Vyse Ave. and ditching his 9mm gun under a parked vehicle. He was arrested five days later and taken to BronxCare Health System for treatment for his gunshot wounds. He was shot in the left arm and right hand, police said, and was grazed in the chest. Neither officer was struck, they were transported to an area hospital for tinnitus.