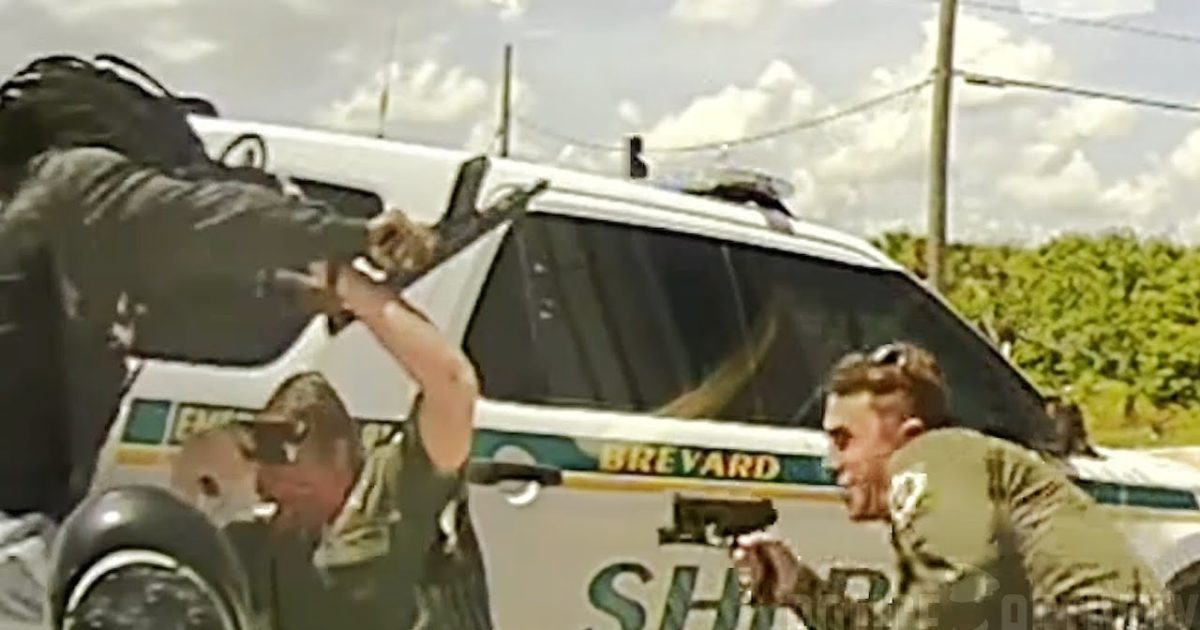 The footage you are about to see below, is some of the most graphic video that has been posted on YouTube. It shows just how a routine traffic stop turned into a virtual life and death struggle between the police and a suspect, that ended with the suspect being shot multiple times by the police. After this footage was posted on the internet, the police came under fire for what was called ‘excessive force’, because of how many times the suspect was shot.

The suspect in the video is a perfect example of what is wrong with our Criminal Justice System, as he is a Registered Career Criminal with 23 felony arrests and 17 misdemeanor arrests for narcotics trafficking, aggravated assault with a weapon, robbery with a firearm, battery on law enforcement officer, resisting arrest with violence and attempted first-degree felony murder, why he was even allowed to be on the street should boggle the mind of any sane person.

Brevard Sheriff Wayne Ivey said this about the incident:

“The preliminary investigation has determined that on Monday, August 30, at approximately 1:00 p.m., a deputy conducted a traffic stop in the area of I-95 and SR 192 on a vehicle in which Wilder was a passenger.

During the traffic stop, an additional deputy arrived on the scene and began assisting with the three adult occupants of the vehicle.

When the suspect was asked to exit the vehicle, Wilder immediately opened the door armed with a rifle and began shooting at the deputies.

Deputies returned fire in an effort to save their own lives, as well as the lives of others at the scene, which included a 2-month-old infant located in the rear of the suspect vehicle.

During the exchange of gunfire, one deputy was shot in the lower leg and sustained a non-life-threatening injury.

The injured deputy was also attacked by Wilder with multiple strikes to the head with the butt of the rifle, according to Brevard County Sheriff’s Office.

As the attack on the injured deputy continued, the original deputy was able to end the threat by using deadly force and shooting Wilder. The injured deputy was taken to a local hospital where he is in stable condition and expected to make a full recovery.”

“Let there be no doubt, this individual got exactly what he deserved,” Brevard County Sheriff Wayne Ivey said as he released footage of the shootout showing 38-year-old Paris Wilder trading a volley of gunfire with two deputies.