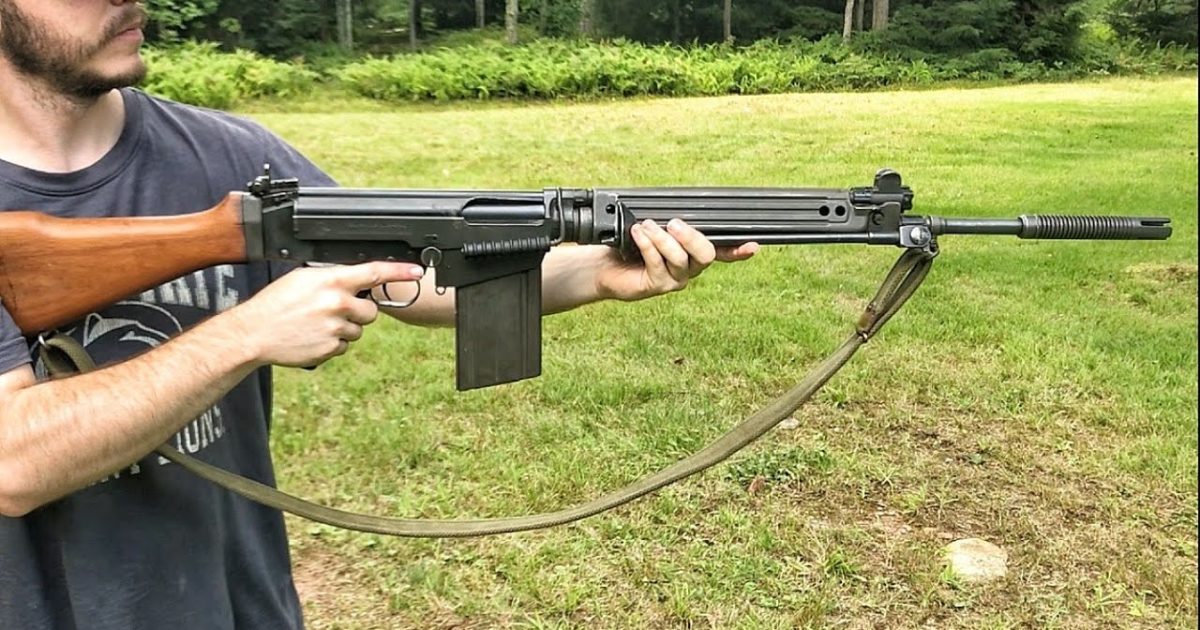 Although this rifle has been around since it’s introduction in 1953, if you just happened to be in Europe during the height of the Cold War, you would find that almost every NATO country issued this rifle to it’s military, with the notable exception of the United States. It is one of the most widely used rifles in history.

Because of its prevalence and widespread usage among the militaries of many NATO and first world countries during the Cold War, it received the title “The right arm of the Free World”.

One of the great ironies of the 7.62x51mm FAL pattern rifle’s history is that, for being one of the most prolifically produced military arms of the 20th century, it was never involved in any conventionally recognized traditional war.

However, as the only rifle design to give the Kalashnikov real competition in regard to distribution and total numbers produced, it should come as no surprise that the FAL (Fusil Automatique Léger or “light automatic rifle”) has played a prominent role in hotspots around the world, especially in South Africa.

Developed by Belgian arms-maker Fabrique Nationale (FN), adopted during the Cold War era by nearly 100 countries, and manufactured in both metric and inch patterns under license around the world, the FAL would deserve a place in any firearms history simply for the sheer number produced. However, the design itself is an outstanding and fully capable weapon, one with many strengths that have contributed to its broad-based acceptance. It was these very strengths that drew Illinois based DS Arms to the FAL design specifically, the Austrian StG 58 variant of the design.