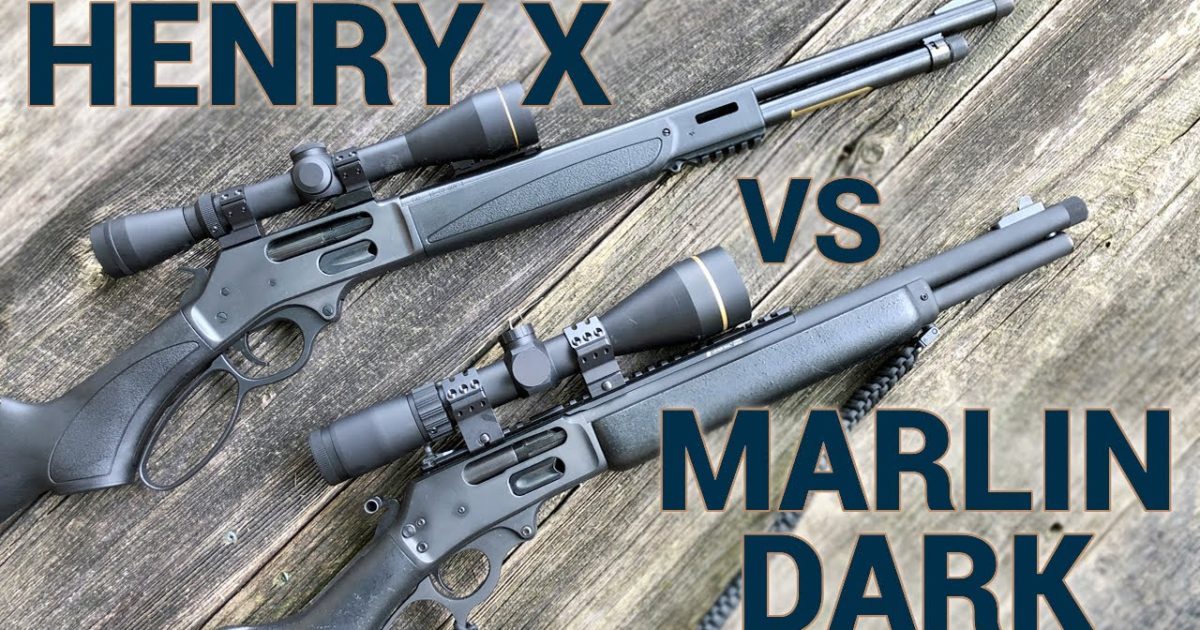 I guess it’s no big surprise that I love large caliber rifles, back in the early 1980’s I bought a Marlin Model 1895 45-70 Govt and I really loved it. On my first trip out to the range I wasn’t expecting the kick the rifle had, but after a few rounds, I got used to it, after that, it became my favorite deer rifle.

What I’m going to do, is post information about both rifles so that you can look it over for yourselves and after watching the video, you can make-up your mind as to which rifle would best suit your needs.

Here is info about the Henry X:

There are few things as deeply ingrained into American firearms culture as a lever action .45-70 rifle, especially when it’s made right here on U.S. soil. It evokes images and fantasies of days past while still being wholly capable in the hands of a modern hunter. The Lever Action X Model .45-70 borrows all that nostalgia and crams it into a feature-packed modern big bore rifle that begs to be put through the wringer. To continue reading and to see the specs, click HERE.

Here is info on the Marlin Dark:

The Marlin 1895 Dark Series is a new take on an old idea. The old idea is still valid, and the new things Marlin has done, to my mind, just make the original even better. The lever-action rifle is a distinctly American tool. Invented and perfected here, it has not received the love overseas that it has had here for generations. As the gun that won the West (and yes, there are arguments about exactly which one was most responsible, but we’ll not go there now) the lever action rifle was a mainstay of hunters for generations. To continue reading click HERE.