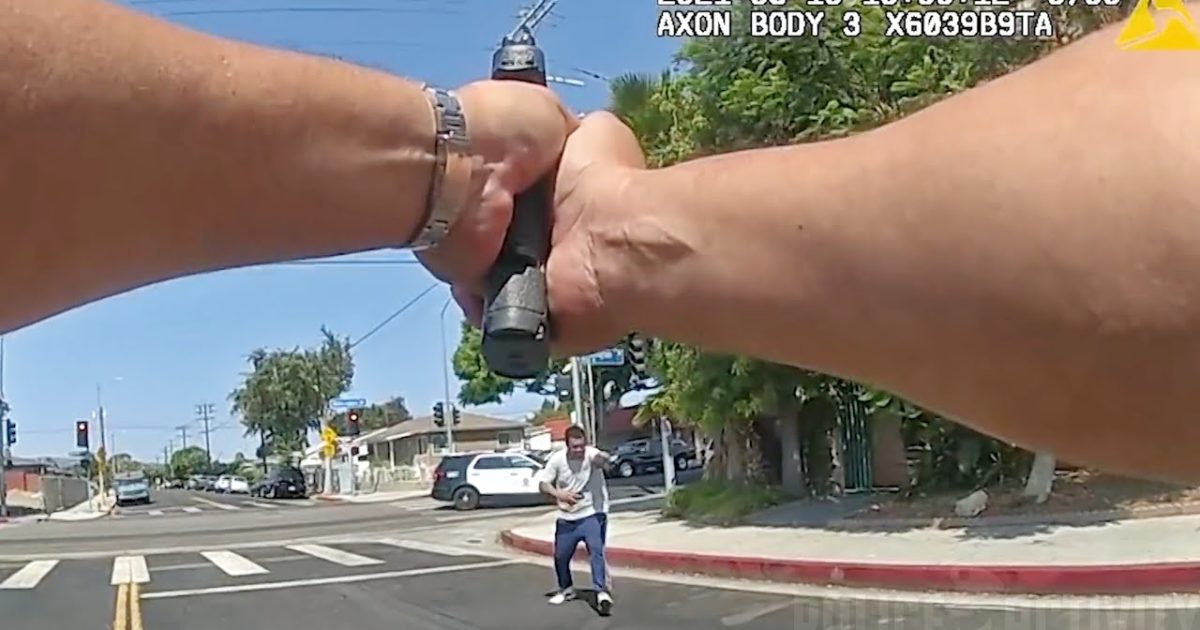 Sadly, this is one instance where the young man was in severe mental distress and was suicidal. It’s difficult to determine if he really was intending to hurt, or kill himself, or if he was genuinely calling for help and hoping someone would talk him out of doing any harm to himself.

“Suicide by cop”, is a common occurrence, folks just can’t bring themselves to actually take their own life, so they create a situation where the police do it for them. I think that this was the case with the young man in the video below.

Thankfully, the LAPD officers on hand used less than lethal methods to bring this situation to a safe end.  There are some people who think that the police are nothing but a bunch of trigger-happy goons, ready to kill with a snap of the fingers, that just isn’t true. Anytime they can, they will deploy less than lethal methods as you will see in the video below.

These officers should be commended for handling the situation like they did, not only did they get to go home to their families, but the young man remained alive. I truly hope that he gets the help he needs, so that in time, this will just be a memory that he can look back on and be thankful that he is alive.

Here is a written description of what occurred in the video:

Los Angeles, California — On August 13, 2021, around 10:42 a.m., LAPD Harbor Patrol Division officers responded to a radio call of an attempt suicide, male armed with a knife in the 1700 block of Wilmington Boulevard. As officers arrived, they saw the suspect, later identified as 26-year-old Brandon Russell Mayhand Jr., holding a knife in his hand. Mayhand was told to drop the knife, however he refused to comply.

Mayhand began to walk toward the officers. One officer deployed a beanbag shotgun. Mayhand remained on his feet refusing to comply to stop and drop the knife. A second officer deployed the 40mm less lethal projectile. Mayhand remained on his feet and continued to advance on the officers with the knife in his hand resulting in an officer involved shooting.

Mayhand was struck and fell to the ground with the knife by his hand. An officer deployed a TASER while an arrest team moved toward him and took him into custody. Mayhand was transported by the Los Angeles Fire Department to a local hospital for medical treatment. The knife Mayhand was armed with was recovered at scene.