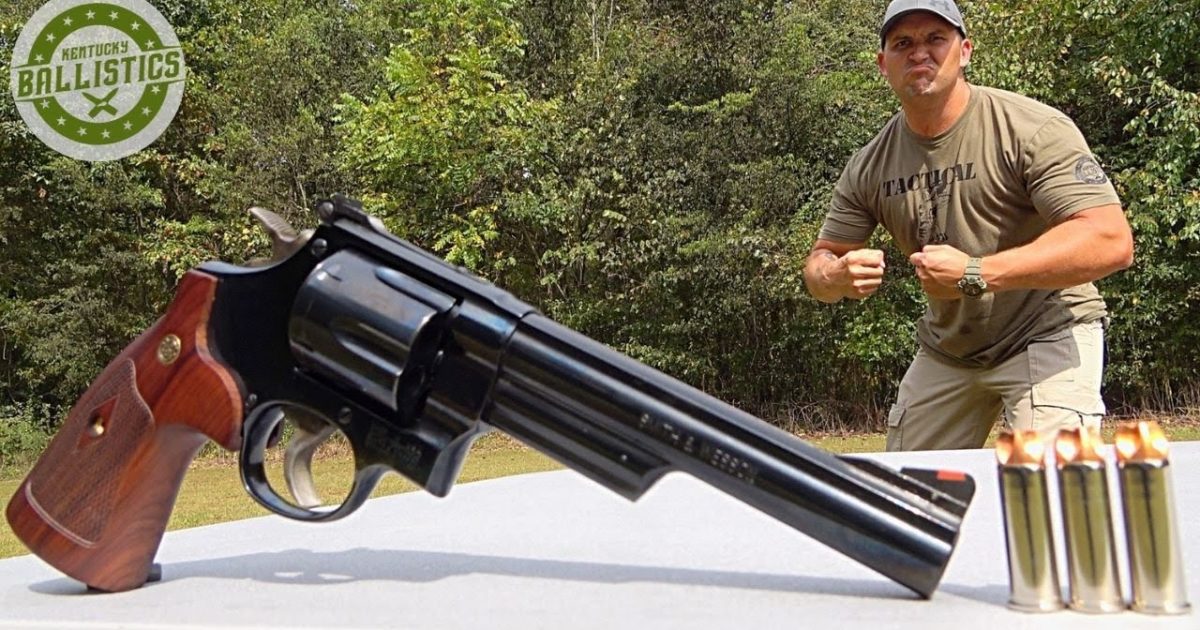 In today’s video, Scott DeShields Jr. from Kentucky Ballistics has a special treat in-store for us, Scott has a kind of odd firearm, the Smith & Wesson model 57, chambered in .41 magnum.

Now, some of you may not have ever heard of this pistol before , but back in 2001 I had one, mine had a longer barrel and it was a single action pistol. When I fired it, it sure packed a punch and I thought the recoil was a little too much, but, all in all, I still thought it was a pretty good gun.

Sadly, I traded it for another gun and I have kicked myself in the butt for doing so. Just a word to the wise…if you have a good gun, never let it go. Beneath the video, I’ll place the specs on this gun that come directly from Smith & Wesson.

Here is a little info on this gun :

The Smith & Wesson Model 57 is a large frame, double-action revolver with a six round cylinder, chambered for the .41 Magnum cartridge, and designed and manufactured by the Smith & Wesson firearms company. The gun was designed as a weapon for law enforcement agencies. However, due to size and recoil it found more favor with civilian target shooters and hunters.

In the early 1960s, Elmer Keith, Bill Jordan, and Skeeter Skelton, all noted firearms authorities and authors, lobbied Remington Arms and Smith & Wesson to introduce a new .41 caliber police cartridge with the objective of filling a perceived ballistic performance gap between the .357 and .44 Magnums, thus creating a chambering which they believed would be the ultimate for law enforcement purposes.

In April 1964 Remington responded by introducing the .41 Magnum cartridge, and in concert, Smith & Wesson launched the Model 57 revolver chambered for the new ammunition. Elmer Keith originally proposed the name “.41 Police” for the new cartridge, but Remington instead chose .41 Magnum, hoping to capitalize on the notoriety and popularity of its earlier Magnum offerings.