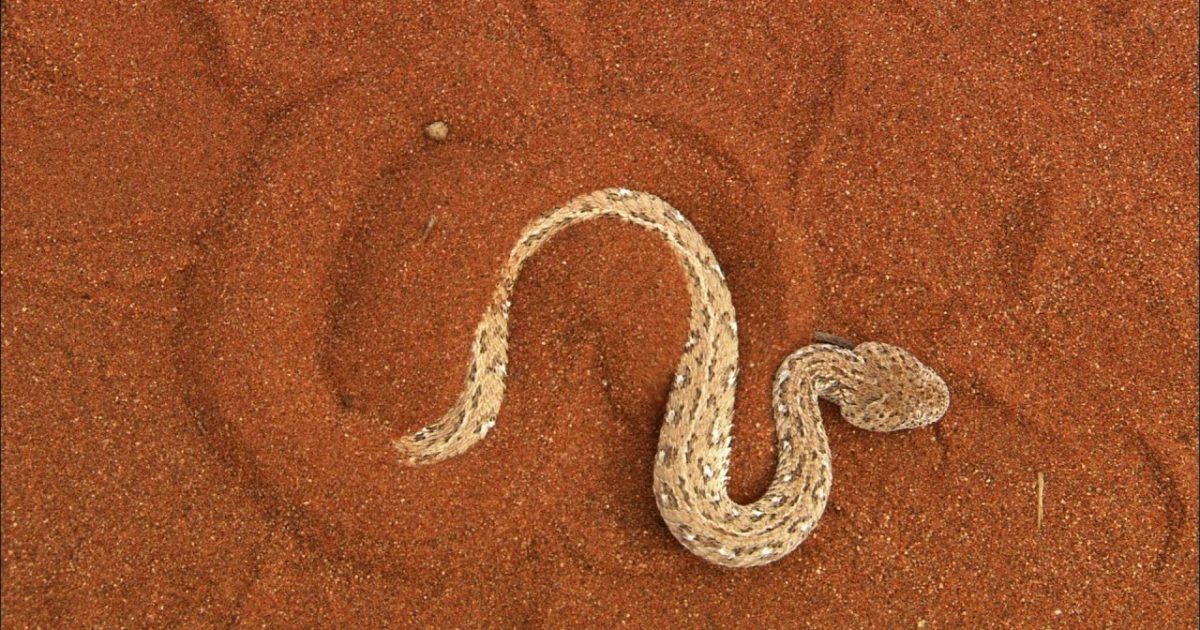 If you ever find yourself out in the Mojave, or Sonoran Desert, this is one snake that you might want to keep an eye out for. Not only is the Sidewinder venomous, but it’s quite fast and since the average running speed of a “healthy” adult human is probably somewhere in the range of 10-15 miles per hour, this particular snake can out-run you.

With that said, the Sidewinder rattlesnake is venomous, but of little threat to humans, except for young children. The toxin is capable of killing an animal weighing up to 30 pounds; in a larger animal, or grown human, it typically causes transient pain, swelling, and general symptoms of illness.

This species can be found in two of the four major North American deserts, the Mojave Desert and the Sonoran Desert. This species lives mostly in very sandy areas of the deserts of the southwestern U.S. and adjacent Mexico, where their unique sidewinding locomotion is an excellent adaptation.

Sidewinders occasionally show up in suburban areas of places like Palm Springs, California, or Phoenix, Arizona, where human development has encroached into their native desert habitats.

Although venomous, sidewinders (especially young ones), have numerous predators. Mammalian predators include kit foxes and coyotes, which can be abundant in some areas. Large predatory birds–kestrels, hawks, owls, roadrunners, ravens, shrikes and others–are also common predators of sidewinders.

The video below is from the Smithsonian Channel on YouTube and has an astounding 11,799,680 views, so quite a few people have found it quite interesting, which is why I am sharing it with you.