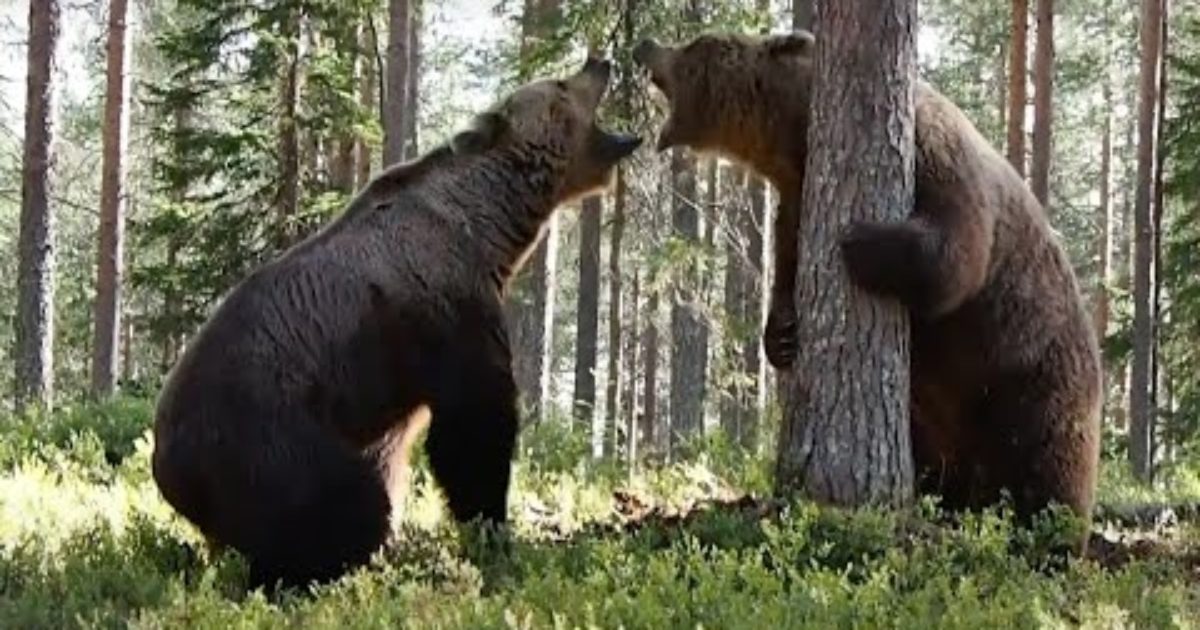 If you didn’t know where this video was filmed, you might think that it was somewhere in Montana, British Columbia or, possibly Alaska and you’d be dead wrong, this violent episode was filmed in Finland…that’s right, Finland.

When one thinks of Finland, we don’t automatically think of bears at all. Finland is famous for being ‘The Happiest Country in the World’, as well as having the world’s best education system and cleanest air.

Finland is known for its saunas, reindeers, Nokia, and the Santa Claus village. This Nordic utopia is sometimes called the Country of a Thousand Lakes, and it’s got 187,888 of them!

Bears can be found anywhere in Finland except the Åland Islands. The bear population is the strongest in eastern Finland and Lapland, but bears are also regularly seen in southern and western Finland, these brown bear prefers conifer forests as its habitat.

Now, some folks might ask: “What is the difference between a Brown Bear and a Grizzly Bear?”.  The answer is not a lot really, the main difference is which continent they live on.

The Eurasian (or European) brown bears and Grizzly bears are subspecies of the same species of bear, Ursus arctos. The name grizzly is used when referring to a number of different subspecies of brown bear found across North America including the mainland grizzly (Ursus arctos horribilis).

Contrary to what you might think, the name grizzly did not arise because bears can be bad tempered but is actually to do with the lighter coloration of the ends of their hairs.

Whilst the Brown Bear as a whole species is listed on the ICUN Red List as “Least Concern” due to the large numbers globally, there are local populations which are under threat of local extinction.