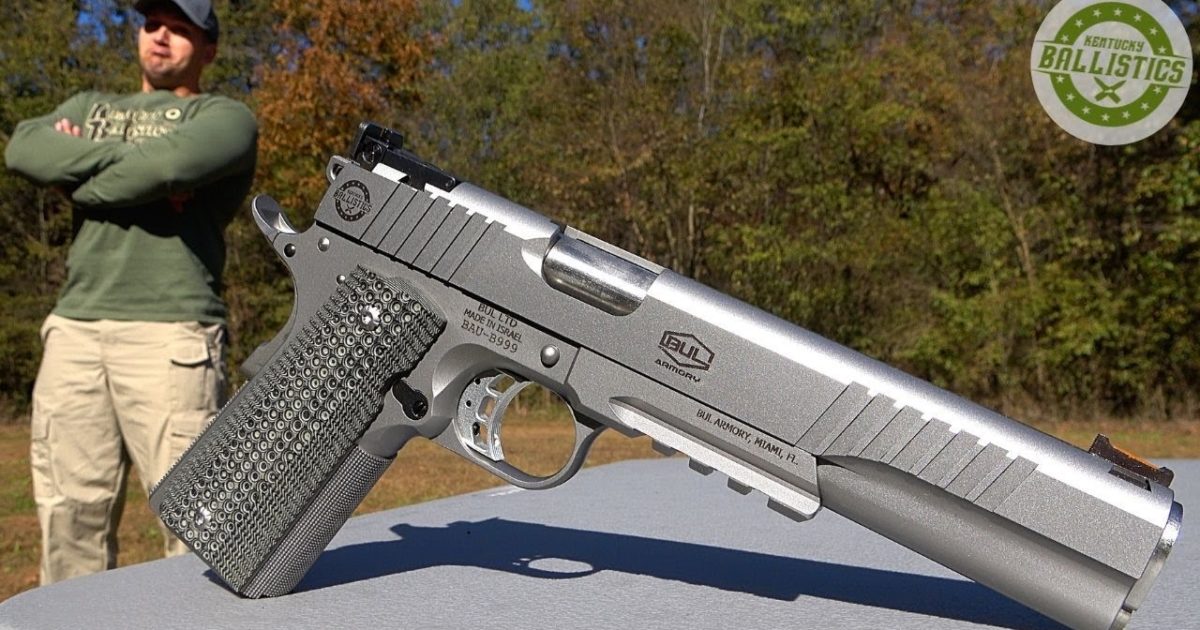 Okay am I excited, Scott has a new gun and it sure looks sweet! I make no secret that my favorite pistol is the 1911, yeah, call me old fashioned, but I don’t care. When it comes to handguns, as far as I’m concerned, nothing beats A 1911. My friends give me crap all the time because I’m a 1911 fan, but I don’t care, if you need 18 rounds with a 9 millimeter to hit your target, then your not a very good shot and need to go practice more at the range (just sayin’).

For those of you who aren’t familiar with BUL Armory, check this out:

BUL Armory manufactures CZ 75 and M1911 clones and is known particularly for its BUL M-5. BUL was founded in 1990 in Israel and initially produced only a variant of the 1911 pistol (the BUL M-5). Later it began producing the BUL Storm and BUL Cherokee series of pistols. The Storm and Cherokee are chambered only in the 9mm Parabellum while the M-5 is chambered then 9mm Parabellum, 9×21, 9×23, .38 Super, .40 S&W, and .45 ACP.

Because this pistol is new, there’s not alot of information available, so when I get more info, I’ll update you on the specs and the price. So, in the meantime, let’s watch as Scott puts this pistol through it’s paces. I don’t get jealous too often, but as soon as I can scrape-up the cash, I’m buying one of these puppies!!