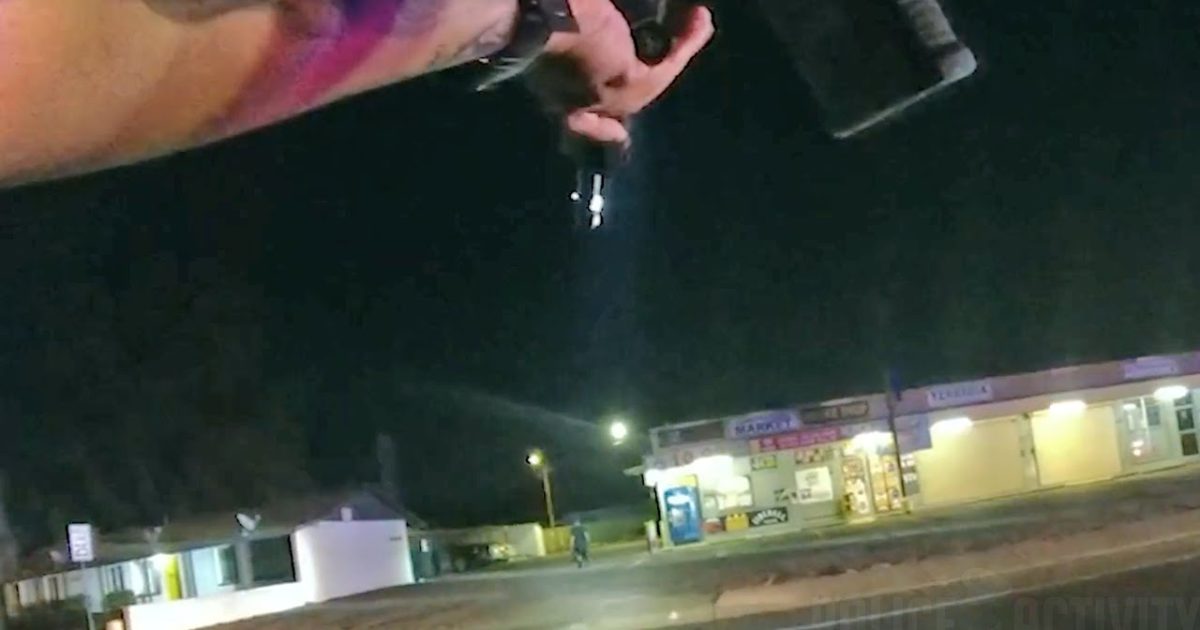 In so many of these videos that I publish, the suspects after being shot by the police are usually pronounced dead at the scene and truth be told, it breaks my heart.

You can clearly hear the police plead with the suspect in the video below, but sadly, the young man raises his weapon and fires-off a shot at the police. One can assume that when that happens, it will be met with greater and more deadly force.

But thankfully, in this case, even though the suspect was critically wounded, he will more than likely survive and even though he will go to jail, he’ll be alive to contemplate what he did and hopefully, he won’t ever make that mistake again.

Here is a written account of what transpires in the video below:

Glendale, Arizona — Glendale police released body-camera footage of an officer involved shooting that took place on Tuesday, September 21, 2021. The incident occurred near the intersection of 60th Avenue and Bethany Home Road. The incident began after neighbors called in to 9-1-1 to say they heard shots fired in the area.

Officers eventually found the suspect, later identified as 25-year-old Jude Felix, at some nearby businesses where he was armed and not listening to officer’s pleas to surrender peacefully. When Felix fired his gun, they returned fire. Felix was struck and suffered life-threatening injuries. Police say he is in critical condition at a hospital.

A gun was located at the scene of the incident, police say. No other injuries were reported. Felix in this case faces several charges which includes aggravated assault.